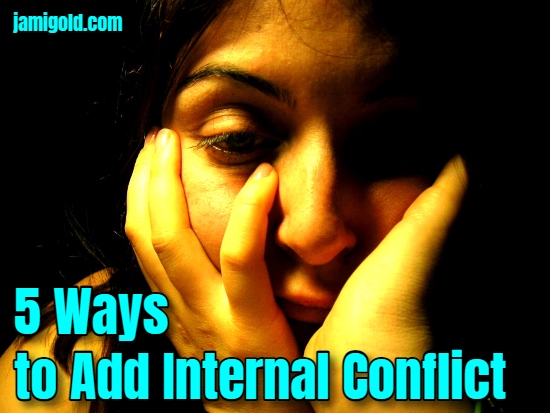 […] a change (or failed) arc. Read more about how this kind of conflict fits into character arc, five ways to add it to your story, and tips for showing this internal element to […]