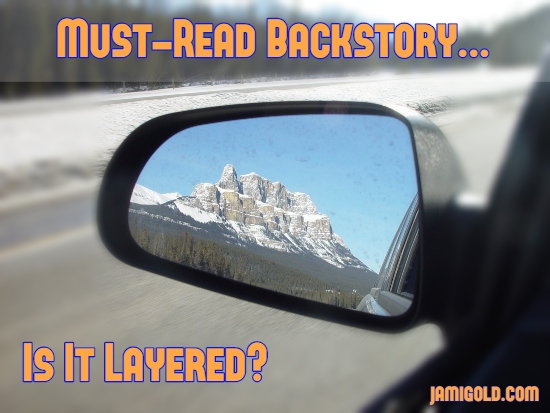 As we talked about last week in Part Two of Kris Kennedy’s backstory series, the false beliefs or guiding principles that grow out of a character’s backstory defining moment are key to the emotional heart of our story. Our story’s theme emerges from the subtext of what our character struggles to learn and overcome during the story — i.e., how they can grow beyond that defining moment.

Great! But since this is all so important to the emotional heart of our story, is there a way to add even more emotion? Can we make that emotional heart pound harder and do more work for our story?

Kris Kennedy is back with an amazing Part Three of her 5-part series on crafting must-read backstory. Today’s insights dig into how we can add even more emotion to our character’s backstory and the false beliefs that grow from their defining moment.

We’ve been talking about how to turn backstory into Story fuel. In Key #1 (“Make It Compelling”), we talked about how to make backstory compelling to build characterization.

In Key #2 (“Single Defining Moment”), we talked about the importance of crafting a single defining moment for your protagonist, which will tap on the reader emotions and build character motivations.

Today, let’s dive into a third key to Must-Read Backstory, which will amplify what we talked about in the 2nd key.

Powerful backstory is like an onion (and a ogre): It has layers.

Whatever core belief and emotion your protagonist has as a result of their Single Defining Moment, don’t stop at a single one.

Give it a second layer.

Anger? Under it is shame.

Shame? Under it is fear.

Fear? Under it is guilt.

Guilt? Under it is anger.

You get to pick the layers, just add another, deeper one your protagonist has been hiding…even from themselves.

The top layer is the expected emotion and belief. The obvious one. The one the world might know about, but the character definitely does.

The second layer is the one they’ve spent their life hiding from.

In fact, they’ve built a life that’s in some way designed to hide them from it. To never, ever have to face/cope with/feel that second layer.

How to Layer Backstory Emotions & Beliefs

Let’s use the example we talked about in the last post and develop it a little more.

Step #1: Start with the Top Layer

We have a protagonist whose Single Defining Moment was the night his alcoholic father came home and beat his mother, while the seven-year-old protagonist hid in the closet.

Can you imagine what sort of beliefs might come from this? Wow. Yes, right??

A top layer belief might be “You can’t trust anyone.” Or maybe, “Never get close to anyone because they’ll get ripped away.” Or even, “If you’re weak, you get destroyed.”

(See how it can be anything?? Dig deep into your protagonist and find their hidden truths.)

What backstory truth is our character hiding from themselves? @RomWriteLab explores layering backstory emotions Click To TweetBut under that? That’s where the real treasure trove is, because it’s the thing the hero is trying to hide from himself.

Maybe it’s the belief, “I was a weak coward. I can’t protect the people I love.” Along with a deep, crushing shame.

Now you have some really juicy, painful things to dig into as the story progresses:

See how backstory can power up plot?

Step #3: Decide How the Character Hides — and Force a Confrontation

…because of his fear of being vulnerable…

…because underneath that, he’s deeply, crushingly ashamed.

As the story progresses (aka: gets worse and worse…and worse) he’ll be forced to face these things head on. To go deeper. To feel deeper.

This will force him to face his second-layer core beliefs. To reevaluate them and himself and the choices he’s been making in his life.

It will force him to change.

Step #4: Explore How a Second Layer Can Help Our Story

This will push your story forward, because:

And one of the coolest parts is these deeper layers hand you your Black Moment!

Need a Black Moment? @RomWriteLab says look to a character's backstory Click To TweetWith this second layer, you have a deep, dark, juicy Pit of Despair to drop your protagonist into before the final climax of Act III. A moment where they’re forced to face the inner truth they’ve been avoiding all along…about themselves.

Pro Tip: Whatever your protagonist realizes in their Pit of Despair, and what they do with it afterwards, is usually your theme.

See how it works??

And it all starts with backstory.

(I know that’s a lot of thoughts and emotions. That’s actually the point. We want to push you past the comfort zone and really dig into possibilities.)

Our next post is about how to use all this stuff, by intertwining plot and backstory, so stay tuned! 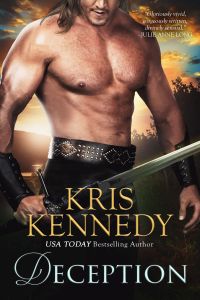 Thank you, Kris! I love, love, love this! I’ve often talked about our characters’ false beliefs—plural—but never dug into what using more than one can do for our story, so this is perfect. *grin*

I can think through the stories I’ve written and analyze how I did this by instinct to some extent, but I’m a big believer in increasing our awareness of the techniques we use. The better we understand them—even if we’re successful “by instinct”—the more we know how to power things up when we haven’t quite been able to match the story and emotions in our head to what we’ve put on the page.

To share an example, in my book Treasured Claim, the heroine’s top-layer false belief is that she’s incapable of love with an emotion of sadness and tragedy. But her second layer is built on anger, thinking her mom’s belief in love was a weakness, which means she never questions that top layer (to the point of denying any growing feelings she has).

Like Kris suggested, that second false belief is barely even hinted at until late in the story—as she’s forced to confront how much she’s like her mother—and that late confrontation leads to the biggest epiphany for her personal growth. However, if I’d been aware of those layers while writing, I might have been able to put even more emotion and conflict on the page.

As Kris said, saving the deeper layers for later can make our scenes for our story’s Act Three more powerful. The additional fears and worries also adds more stakes to our story’s final confrontations, as they have so much more to overcome. Even better, layering the emotions of how our characters’ backstory affected them also deepens the emotions of our readers’ experience. *smile*

Have you ever heard the idea to layer our character’s false beliefs before? Have you made it work in your stories? If not, does this post help explain how to use layered backstory reactions to add emotion to our story? Do Kris’s insights give you other ideas for using backstory in your writing? Do you have any questions for Kris?

Food for thought, Kris! Thank you!

I love this series of posts too, Jami! It’s one of the best I’ve ever read. Kris nails the information and explains it in simple language that is understandable and useful, especially for new writers! I wish I’d read this when I was starting out! But like Jami, I did it by instinct. As I said, this would have helped and made backstory so much easier for me! Great job Kris!
P.S.
Is there another article in this series coming up?
Patti

Yes, this is a 5-post series that Kris and I are running every Thursday here, so come back next week for Part 4! 😉

Hi PI~
I see Jami already answered you, so I’ll just piggyback on her yes, there are more articles coming. 🙂
And thank-you so much for your kind words! I know–I really enjoy when articles/ workshops/books break things down in super concrete terms, rather than generic or vague tips like, “make backstory matter.” Um, yeah, I’ll get right on that? 🙂
So glad the post resonated for you! See ya next week.
~Kris

I have a question….how will this look in a series, like a trilogy where the character has several books to cross. How do you plan for this? Any suggestions?

Hi Karen~ There are several ways work with backstory & series’ but in general, you’re juggling multiple stages of ‘unveiling’ of backstory, + ramped-up external stakes & goals as the series progresses. It really depends on your story & genre (esp. the tropes of that genre), as far as which needs the emphasis to satisfy readers–the emotional arc or the plot arc. The more linear approach would be to use each backstory ‘layer’ to build an arc, connected plot, & All Is Lost/big sacrifice moment for each book. i.e. Layer 1 gets dealt with in book 1, layer 2 in Book 2, etc. Another way to work it is to have Books 1 & 2 deal with the backstory layers, then in Book 3, ramp up the external stakes or antagonistic forces, so they’re basically *testing* the growth the character went through in the earlier books. You could flip that on its head, and have Book 1 be more plot heavy, where the All Is Lost moment for the character is more about digging deep, finding stamina or persistence, but don’t require huge transformational change. (A lot of thrillers are like this) Then the last 2 books in the series are about unveiling & digging into the emotional end of things, i.e. all the backstory motivations & struggles. But the most important thing is just to make sure the plot will require actions mid-stream that tap into whatever is most difficult for the protagonist (which is usually b/c of Backstory…  — Read More »

Thank you! This is great! How do I find the tropes for my genre (historical fiction?) I don’t know hardly anything about tropes yet. Thanks for answering my question. This helped very much.