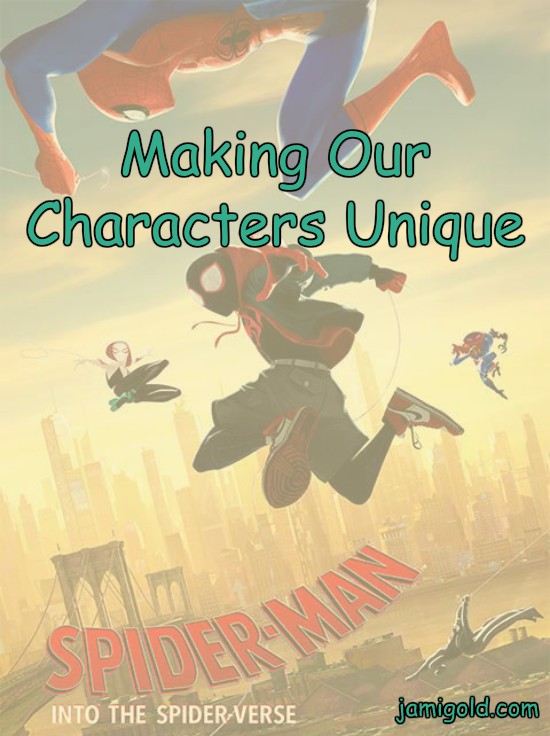 Somewhere along our learning curve as writers, we’re likely to come across the skill of layering. But what does that mean?

Often that skill refers to how we layer in different elements of our story, weaving in our plot, characters, settings, emotions, etc. In fact, some writers even start with just one element—such as writing their whole story just as dialogue—and then layer in everything else once they have the shape of the story.

But today, I want to talk more about layering that focuses on characters. Specifically, I want to dig into how layering can help us create unique characters, no matter how stereotypical or tropey they might be on the surface. *smile*

Recap: What Do We Mean by Layers?

In our story, we might strive to layer in:

Character Layers within Our Story

Several of the elements above apply to our characters:

As we’ve talked about before, we can create three-dimensional characters by showing both external (action, body language, subplots, external goals) and internal (emotions, internal goals, internal monologue, fears, flaws, false beliefs) aspects. But there’s more we can do with character-focused layers beyond just ensuring that we’re balancing different types of narrative and storytelling.

What Are Character-Focused Layers?

Beyond those elements mentioned above, other layers can help define our characters and make them unique:

Why Do We Want to Use Layers?
Part 1: Add Realism to Characters

How can we create realistic and unique characters? Add layers... Click To TweetThat realism can overcome the limitations of their stereotypical or “tropey” aspects. Surprisingly, avoiding all stereotypes, clichés, or tropes with our characters isn’t our goal, as those characters wouldn’t feel realistic because we all embody at least one stereotypical aspect (such as my love of chocolate *smile*). Instead, we want to add layers to make them more three-dimensional beyond their stereotypical traits.

Layers can also add meaning to our characters, to make their lives feel deeper than just what’s on the page. For example, with layers, a tropey Navy SEAL might also be:

If we do our job right when writing a character and keeping their characterization consistent, the different types of layers interact, and those interactions play out in subtext. All that subtext says even more about our character, leading to the impression of a character who’s more than the sum of their parts.

If we don’t do our job right, and those layers don’t interact in the subtext or reveal consistent characterization, we’ll end up with a non-realistic puppet or characters that feel too derivative. Back when the big debate in the publishing world was about charging for worked-over fan fiction stories, some fanfic writers didn’t understand why their changes didn’t erase the plagiarism issue, but as we’ll get into in the next section, a character’s essence goes deeper.

Why Do We Want to Use Layers?
Part 2: Make Characters Unique

Beyond realism, there’s another benefit of using layers with our characters. Like with the example of the Navy SEAL above, adding layers to our characters creates something unique. Sure, there are lots of Navy SEAL characters, but there aren’t any others with an identical mix of layers.

A fantastic example of how changes to layers can make a character feel unique—or at least distinct, even if still derivative—is the recent movie release Spider-Man: Into the Spider-Verse. (Don’t worry, I’ll avoid spoilers. But it’s an enjoyable, groundbreaking film in many ways (the animation is like a full-motion comic book!), so you should see it. *grin*)

In Spider-Verse, the bad guy creates rifts between parallel universes, and various spider-characters from different multiverse versions of the world end up stuck in the version with main character Miles Morales. So the Spider-  Characters have to work together to save all the realities.

In other words, there are a total of seven versions of the well-known Spider-Man character in the movie. (Warning: Spoilers at that link.) Well, technically, there are nine Spideys in the movie, but two aren’t well-developed enough to be seen as distinct. *smile* 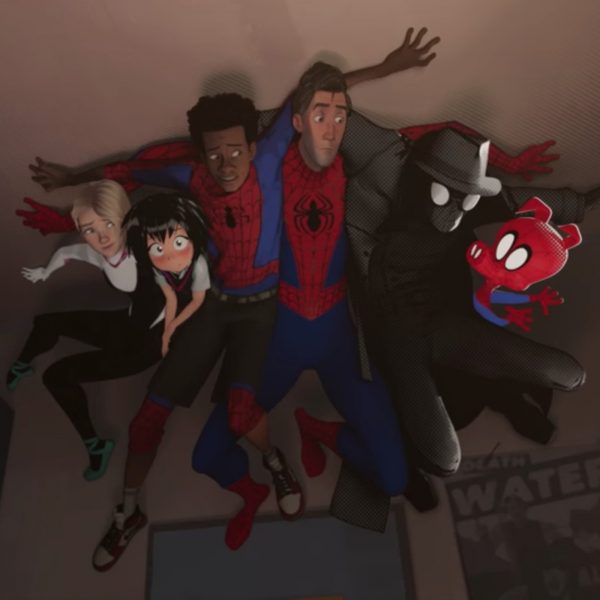 What Makes a Character Unique?
A Closer Look at Spider-Man: Into the Spider-Verse

The movie goes out of its way to point out how the Spidey characters are all based on the same character essence. They all repeat similar origin stories (“I was bitten by a radioactive…”), have similar backstory wounds (death of Uncle Ben/Uncle Benjamin/etc.), and so on.

What does it take to make a unique character? Maybe not as much as you think... Click To TweetAs they each give their introduction, similar wording and graphic elements are used. Sometimes, the movie even has them speaking in sync, emphasizing the echoes.

Yet despite all that, each of the Spidey characters is unique and distinct in the movie. They don’t feel like clones in the slightest.

The animators drew some of the characters in different animation/comic book styles: anime for Peni Parker, cartoony for Spider-Ham, and black-and-white with dot-shading for Spider-Man Noir, for example. But they have different personalities, worldviews, compassion levels, voice styles, etc. as well.

They each come from a different “world,” a different universe (or even genre), that shaped them and their attitude. They made different choices, had different reactions, had slightly different priorities or enthusiasm, etc.

The Same But Different…

In other words, they had different layers. Different styles of interaction, connectedness, coping skills, struggles, etc. Those bullet points mentioned above were slightly tweaked for each one, and those slightly tweaked layers—with consistent characterization and subtext—were enough to make them each distinct.

One character essence. Seven unique and distinct characters. That’s what layering can do for us. *smile*

Fascinating stuff, Jami! How would you define a character essence, exactly? I know you mentioned backstory wound and origin story as part of the essence, but what is a “character essence” precisely?

Also, I liked the example you gave of the Navy SEAL. I reread your old post, and I find that I have a deeper understanding of the layers interacting and conflicting with each other now, since I’ve become a much more experienced writer than I was two years ago.

I’m writing about this “character essence” question in tomorrow’s post. 🙂 Thanks for the idea!

The multiverse plot point is always a good exercise for layering, and that’s why it’s so fascinating. Different circumstances that shaped different decisions, which makes different scenarios, all made by the ‘same’ person.

This is interesting information. So far, I have written 4 non-fiction books, I have had in mind to write a novel. This post will help me in the future project. Thank you.

I love using the inner monologue, it fleshes out the main character and adds layers. It also accentuates the point of view since I usually write fiction in the limited third person.
Very through article.