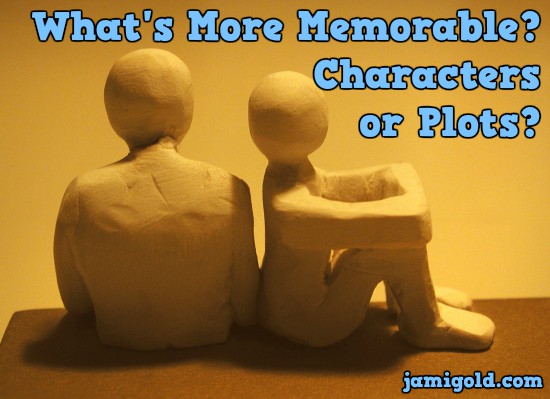 I’ve said many times that I’m a genre girl. I prefer a story of romance, fantasy, science fiction, thriller, spy, heist, or mystery far more than a story in the literary category.

So it’s no surprise that I’ve been a big fan of the Marvel movies since the beginning. I haven’t seen every one in the theater or on opening weekend (that’s more about how I don’t always have time or energy to make it to any movies), but I caught them all on streaming eventually.

For Avengers: Endgame, we stayed up late to watch the 11 p.m. show on Friday of this past opening weekend. I thought I’d be fine with such a late showing because I’m a night owl, but I didn’t take into account how the movie brought out so many thoughts and feelings that I didn’t fall asleep until 4:30 a.m. Oops.

Don’t worry, I’m not going to go into spoilers. *smile* But I do want to point out that contrary to the assumptions of non-fans, the power of the Marvel movies isn’t about the plot or the spectacle of special effects. Rather, their power lies with the characters.

Last month we talked about the difference between drive vs. focus in our stories and how those aspects relate to plot vs. character. As part of that discussion, we explored how our stories can mix those elements, such as being plot-driven and character-focused.

This latest Marvel movie is a good example of that mix. As I explained in that linked post, drive is the thread of our story that compels or pushes forward, and focus is what gets more attention and/or has a bigger impact.

So a plot-driven and character-focused story can be described as:

The story is about the characters growing to reach their potential (focus), but there’s also often a big, bad villain driving the story forward.

Many of the Marvel movies have been decent(ish) (or better) in creating characters we care about, but this latest entry increases the amount of focus on the characters. While some might argue over whether Endgame deserves the character-focused label, I think the fact that most articles about the movie are about the characters and their arcs makes a good case for my perspective. *smile*

Fans have grown to care about Tony Stark and Steve Rodgers and the rest of the Avengers as characters far beyond just their superhero personas of Iron Man and Captain America and so on. The characters matter, not their superhero exploits in the plot.

Character Arcs: A Sense of Closure?

This past weekend, I also saw the musical Wicked for the first time. For those who aren’t familiar with the musical, Wicked tells the “untold” story of the misunderstood and framed-for-crimes-she-didn’t-commit Wicked Witch from The Wizard of Oz.

Like my enjoyment of Endgame, I loved Wicked because of the characters. Specifically, I loved how the plot avoided many of the trite turning points I feared were coming (such as if Glinda the Good Witch had reverted back to her “mean girl” ways during the second half) and instead delivered two witch characters the audience could root for through to the end.

In Wicked, the characters’ arcs ended in a somewhat bittersweet way, and many of the arcs in Endgame are similiarly bittersweet. Yet that doesn’t prevent the arcs from feeling complete.

What can a (non-spoilery) look at #AvengersEndgame teach us about character arcs? Click To TweetGoing by that definition, all six original Avengers have some measure of closure—and thus a complete arc—by the end of the movie. (Not surprisingly, some of those arcs are more satisfying than others, however.) There’s no question that Endgame feels like the end of an era from many perspectives.

In comic books (and soap operas), a character’s end often isn’t the end, and the Marvel movies have run into that “maintain the status quo” issue as well. (I’ve lost count of how many times Loki has appeared to be dead in the Marvel movies.)

But Endgame has some real finality to several of the characters’ arcs, and some of those feel like the natural end to their multi-movie development. In other words, for at least some of the characters, the ending—the sense of closure—feels earned.

What Creates Enjoyment of a Story?

In the case of both Endgame and Wicked, a few of the plot points make no sense. My family and I spent time over the weekend picking apart many of those holes.

However, I’d still say that I enjoyed both of them. Why is that?

Does the plot or characters contribute more to us enjoying a story? Can it change with time? Click To TweetFor many stories, it’s the characters who stick with us more than the plot points. When I think of how much I loved the Harry Potter stories, I don’t think of any specific plot aspects but of the main characters themselves. The same goes for most stories.

In other words, while plot points might be important to our enjoyment in the moment, as time goes on—as the details fade—what sticks in our memory of a story might be the characters. So for long-term enjoyment of a story, characters and the satisfactory conclusion to their arc might be more important than plot.

That perspective increases in likelihood upon a rewatch or a reread. The second time around with a story, we know what’s going to happen. Rather than focusing on the plot twists, we can pay more attention to the character moments, so what’s there (or not there) will stand out more in our memory.

From that perspective, I suspect I’ll enjoy Endgame more the second time I see it. We have tickets to the IMAX version for Thursday, so I’ll be able to test my theory soon. *smile*

P.S. If you’ve seen Endgame, some of my favorite posts digging into the character arcs include the following:
(Warning: Spoilers at these links)

Note: If you’ve seen Endgame, please keep spoilers out of the comments. Thank you!

If you’ve seen Endgame, what was your non-spoilery impression? Did you find yourself focusing more on the character arcs than on the plot aspects? Have you seen Wicked—and if so, what’s your impression of those character arcs? Do you think closure of some kind is important for making a character arc feel complete? Do you agree or disagree with my take of what aspect of storytelling—plot vs. characters—stays with us over time?

I totally agree with your observation about Marvel characters. That goes back to their comic book origins. When I was a teenager, I quickly realized DC characters were one-dimensional, whereas Marvel characters were more relatable. Batman and Superman were dull father figures, while Spiderman and Hulk were torn by self-doubt and often made dumb choices. And Marvel good guys got mad at each other! The ongoing bickering among the Fantastic Four reminded me of my own family.

Of course, DC’s altered the way they present their characters lately to make them more like Marvel’s.

[…] into your story. Bridget McNulty has 4 ways to create tension in your story, Jami Gold examines the power of character arcs, and Dan Brotzel shares 9 ways to bring the funny in your […]

I don’t watch superheroes as they tend to undermine science fiction (and are not interesting). In general your point is correct that the character arc contributes most of the value to a film or book.