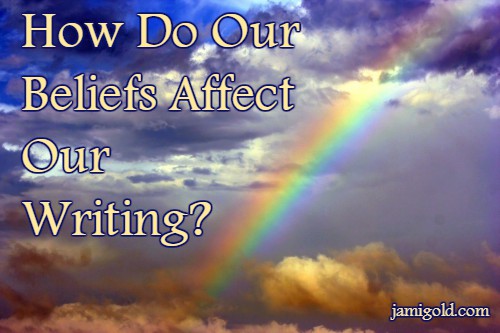 This past weekend, an interesting thread made its way through Twitter. The Ask an Entomologist account (@BugQuestions) shared the history of our understanding of queen bees.

Queen bees? Yep, and the thread was more insightful than you’d guess.

Turns out that for thousands of years, queen bees were known as king bees due to sexism. Aristotle’s The History of Animals was the defacto biology “textbook” until the 1600s, and as the thread explains:

“He thought of reproduction as a masculine activity, and thought of women as property. … So, when he saw a society led almost entirely of women…he saw the ‘queen’ bees as male and called them kings. …a female ruler literally wouldn’t compute.”

Or how about a recent DNA test that revealed an ancient Viking warrior skeleton had been misgendered since its discovery in the late 1800s. As the skeleton was buried with two horses and several weapons, the scientists assumed the warrior was male.

However, DNA proves the skeleton was that of a female warrior. (And even with the DNA test, some scientists are still casting doubt due to their *cough* sexist *cough* assumptions.)

My point? Fact-centered pursuits like science aren’t immune to biases and current thoughts on social issues. So if even science and interpretations of facts can be influenced by societal assumptions, what chance do we have of keeping “social ideas” out of our fiction?

Spoiler: Virtually none. Our preferences, biases, beliefs, assumptions, etc. affect everything—including our writing—whether we recognize them or not.

Does This Plot Point Make My Story Look Political?

The term political tends to get thrown around a lot in the U.S. when it comes to social ideas and issues. Virtually every debate in this country, from renewable energy to the #MeToo movement, is accused of being political.

Quite frequently, people complain when “political” issues appear in music, movies, novels, or other arts and entertainment as well. We just want to be entertained, they cry.

However, no one can agree on what makes an issue “political”—in life or in fiction:

In other words, we’ll never get everyone to agree on whether certain entertainment qualifies as “non-political” or not, as there’s no unanimous definition of where that line falls. So it’s probably a waste of energy to proclaim that we need to get politics out of movies or science fiction stories or whatever.

It's impossible to avoid touching on social issues in fiction. Click To TweetBesides, the “good old days” of when entertainment wasn’t political never existed. From Mary Shelley’s Frankenstein and Shakespeare’s works to Asimov’s and J.R.R. Tolkien’s books, many stories that don’t seem “political” now were controversial or considered political in their time. But as our views of the controversial issue changes or our understanding of the context fades, we lose sight of what or why there were issues at the time.

Our Worldview Will Come Out in Our Writing

I’ve written before about discovering our worldview, which is related to our biases and beliefs:

“Our view of the world—optimistic or pessimistic, God does or doesn’t exist, true love is possible or not, people are basically good or selfish, technology will help us or kill us, etc.—is so deeply a part of us that we might not consciously recognize it as a construct of our mind.

We might not even be able to write against our worldview. Above, I had a hard time putting myself into the shoes of the “people are selfish” believers to guess what elements their stories might reflect. A whole story would be even more difficult.

That’s not to say we can’t write characters with opposite beliefs (even with our protagonist), but on the story level—the overall message we want readers to take away—we might not be able to write a story with an opposite belief at the core. If we believe people are good, we’d probably be hard pressed to write a story where the point was to “prove” that people are selfish.”

Our ideas of society—what it is, what it isn’t, and what we’d like it to be—are similarly ingrained deep within us. Our view of what people deserve or what responsibilities they should have are all wrapped up in the beliefs of our worldview, and thus will come out in our stories.

We’re All Biased, But We Can Question Them

As I mentioned above, we’re all biased. We all have different histories, experiences, strengths, weaknesses, goals, priorities, preferences, perspectives, etc.

We're all biased, but questioning our biases will help us be better writers. Click To TweetSo we all interpret even the most factual information through different lenses. The problem for journalists or scientists or anyone trying to stick to facts is that they need to be aware of their biases.

An aware scientist or journalist can verify and dig deeper. They can question their assumptions, etc.

Those of us without the expectations of dealing only with facts—such as fiction authors—can do the same. If we question our biases, we might…:

Yes, I’m Biased, and Here’s How That Affects Me…

It’s not a problem that we’re all biased. The problem comes when we haven’t examined our biases—when we’re not aware of them and thus are blind to how they affect us.

For example, I’m a huge believer in romantic relationships being a partnership. When it comes to what I read or write, my bias about what makes for a healthy relationship is expressed in the following ways:

Many of my last-minute, seat-of-the-pants ideas for my stories are a result of needing to find a healthier balance between the couple by the end of the story.

In one case (Stone-Cold Heart), after a beta reader helped me pinpoint the issue, I added two scenes to create a completely different ending. If I hadn’t been aware of my perspective and beliefs about what makes a relationship healthy, I would have had a harder time knowing what was missing from the story and how to fix it.

In another case (Pure Sacrifice), I originally thought my heroine was going to be shy and passive, but that’s not how she came out once I started writing. Given the hero of that story, she had to be stronger to stand up to him.

Being consciously aware of my biases helped me write stronger stories that I felt good about, that reinforced my worldview and fit with my message. The same applies to us all.

We all have assumptions about the world. But if we’re aware of those assumptions, we’ll improve our stories and have an easier time navigating the real world. *smile*

You address and question everything when you blog, don’t you? Love it! You bring up subjects that are important for writers to face and evaluate if they truly want to author books for publication, i.e., expose themselves and their beliefs to the spotlight of public scrutiny. Q1: How do you define whether an issue is “political”? A: I believe that an issue becomes political when someone takes action to promote passing a law in relationship to that issue and when governments become involved in determining whether or not a law should be passed. Q2: Do you agree that everyone has biases or no? A: Absolutely. If you are human, then you have biases. We program our children with biases and believe that we do so in order to protect them. It is my belief that all biases are fear-based and that they are most often based on false assumptions. However, there are times when biases can save your life. As a 6-7 year-old child living in a poverty stricken area of Detroit, I was almost kidnapped 2 or 3 different times. I remember those incidents very clearly and it was pretty much the same scenario each time. If it had not been for the adults in my life programming my mind with a bias against “men with candy who open car doors” for me, I would probably be dead now. Seriously. Today, of course, “men with candy who open car doors” for me has an entirely different meaning. Q3: Do…  — Read More »

Romance and the Language of Consent | Jami Gold, Paranormal Author

[…] you read my post from Tuesday, it’s no surprise that my bias toward believing partnerships make for healthier relationships means that I’m a big supporter of enthusiastic consent. However, my non-sex-positive past […]

Another awesome post! I’m off to make a list of my beliefs/biases so I’m more aware of them as I write.

Thanks, we should make an effort to read out of our comfort zone.

Ha, yeah, I’ve never believed that anybody could be “unbiased and objective.” I’m not sure if objectivity even exists.

I am definitely very biased in all sorts of ways, and they come through in my stories whether I like it or not.

On not being able to write stories of the opposite stance, yeah, I’m unable to write tragedies (especially for romances). The saddest I can do is to write ambiguous or cliffhanger endings, and even those are rare for me.

Interestingly, I’m pessimistic about humanity but am optimistic about individuals, lol! Nevertheless, I believe that the society is improving on the whole.

How Much of Yourself Is in Your Writing? | Jami Gold, Paranormal Author

[…] In other words, even beyond our characters, it’s impossible to write a story that doesn’t come from the inner depths of who we are. Maybe we’re aware of how our facets feed into our story, and maybe we’re not, but we can’t keep ourselves from influencing any part of it. (Which is another reason that we can’t ignore our biases.) […]