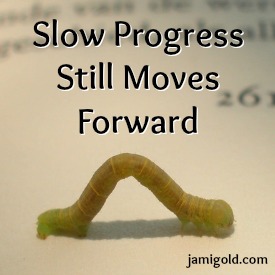 Due to my health issues over the past 14 months, I’ve missed a lot of self-imposed deadlines. My next novel, Stone-Cold Heart, is releasing a full year after I originally planned.

I’ve mentioned before that I have a long history as a perfectionist. I’ve always had high expectations for myself and tended to beat myself up when I didn’t meet them. Not good.

Luckily, the older I’ve gotten, the better I am at recognizing the big picture, which often means adopting a healthier attitude. That adjustment has been extremely important for me this past year, or I’d have flayed myself alive for all my “failures.” *smile*

Some words are better than no words. Click To TweetI’ve said this about NaNoWriMo for the past several years. While it’s great to try to “win” NaNo by writing 50,000 words during the month of November, I’m such a slow writer that I can’t always meet that goal.

Instead, I’ve taken the attitude that NaNo is a great time to feel the camaraderie and support from other writers while we focus on our writing—no matter how many words that works out to. As I’ve stated here before, some words are better than no words.

It’s normal to be frustrated by slow progress, whether we’re struggling to increase our word count, improve our writing skills, or lift our sales numbers. However, just like the Aesop fable, The Tortoise and the Hare, any bit of progress—no matter how slow—does add up.

Even 250 words a day will eventually create a novel, our learning curve will eventually become less steep, and our sales numbers…? Well, the only way to really fail is to give up.

This past year has been Exhibit A in the lesson that slow progress still moves us forward. Even though I felt like I wasn’t able to get anything done—ever—due to my health, today’s milestone proves that I was making progress.

Today, I get to share with all of you that the next novel in my Mythos Legacy series, Stone-Cold Heart, is available for pre-order. Yay! *smile*

Stone-Cold Heart is the fourth full-length novel in the series and will release on May 10th! Like the other books of the series, this is a standalone story, and the whole series can be read in any order. (That said, some worldbuilding connections will have greater meaning if the stories are read in order.)

Proving just how slow my progress was with this story, Stone-Cold Heart was my 2014 and 2015 NaNo novel. (During my insane four-releases-in-one-year schedule of 2015, I never had the chance to finish the story after 2014’s NaNo, as I was in editing mode all year, so I couldn’t finish it until the following NaNo.) So, yes, this story has been in progress for two and half years. *sigh*

But all that work did add up over time and is finally coming to an end. And it all was worth it, as I now get to introduce these characters to the world. *smile* 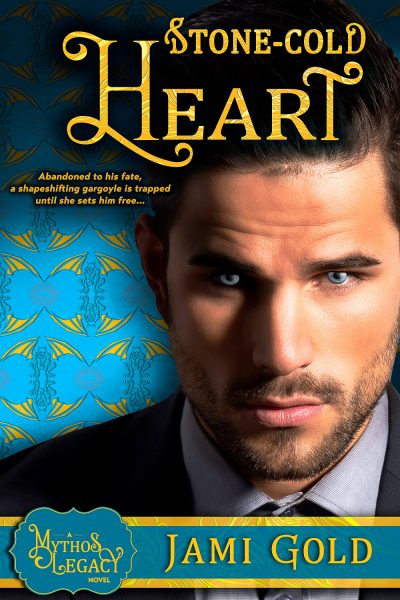 Abandoned to his fate,
a shapeshifting gargoyle is trapped
until she sets him free…

A gargoyle betrayed by his soldiers…

After centuries of stone-cold death, Garrett discovers his legion has deserted him. Without their help, he’ll succumb to eternal sleep once more unless he can trick the woman who woke him into trusting him with her soul.

A combat veteran scarred inside and out…

Her last night in Afghanistan, Raquel Guerrero’s team fell victim to a suicide bomber, killing everyone but her. Now, despite her determination to never again let anyone close, her sense of duty compels her to help an endangered warrior survive.

Trust isn’t in their vocabularies…

A tentative truce frees them to investigate his regiment’s abandonment—and unleashes passionate temptations. But when the truth is uncovered, Garrett and Raquel’s fragile bond—and the healing power of love—might be the only thing that keeps them alive.

(A print version is coming soon, and you can also add it on Goodreads!

Stone-Cold Heart is currently priced at $2.99 for the pre-order sale. When it releases on May 10th, its price will go up to $3.99, so order your copy soon!

Want to grab some fun teaser quote images featuring Garrett,
my shapeshifting gargoyle who has to learn Raquel won’t be manipulated? *grin*
Check out the Stone-Cold Heart page! 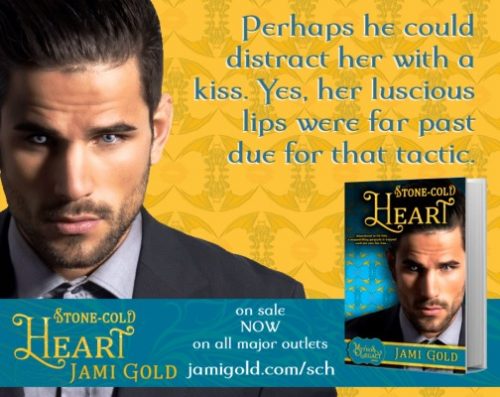 And that’s it for the promo stuff for a couple of weeks, but maybe this tangible reminder that slow progress does add up to real results will help us all feel a little better. Thanks for joining me as I bask in the sense of accomplishment… Finally. *smile*

Do you ever struggle with slow progress? Are you able to see any progress as better than none? If not, what prevents you from taking that perspective? What frustrates you the most about your progress? What have you found that helps?

Jami–I’m a slow writer with health issues, too. And I also have a blog that takes up a good deal of my time, as I’m sure this one does. So it’s a huge accomplishment that you’ve got this book ready to order! I wish I could say the same for my WIP that’s 8 months overdue!

Congratulations are definitely in order!

Hey Jami, yes indeed that slow progress is better than no progress, especially compared to those who keep saying that they will write “one day” but never do… Due to reasons, I have been compelled to really slow down my writing pace. I used to do at least 2,000 a day, but now my average is somewhat less than 1,000… It’s also hard to be that fast anymore when you’re back in school! My frustrations aren’t to do with my writing, though, it’s to do with my editing. Though I do enjoy editing, my stamina is so low that I keep jumping around projects that I take a very long time to finish each one. But I’m doing some lightweight work on my Chinese story right now, just being a “beta reader” and making notes for changes as I reread my work. It makes me anxious that I may not be able to finish editing and publishing all those books I’ve written so far before I die…I have more than 18 books so far, yikes. This number is not to show off, but merely to show you how hard (or impossible?) it might be to finish editing them all in my lifetime, sigh, particularly as I keep starting new stories too. XD So I’ve really got to think of something. One idea I thought of, is to make at least “second drafts” (i.e. first edited versions) that I can show good, trusted, or close friends and maybe some family members.…  — Read More »

Congrats! And I love the description. Sounds like a book I will definitely pick up. I really needed to hear these words today. I’ve had my own list of life issues this past six months and I’m WAY behind my own self-impolsed deadlines, and feeling pretty crappy about it. The ticking of the clock is really, really loud today. So thanks for sharing this!

Love your blog! Here’s to a much less issue-filled remainder of the year!

Hi Jamie: I really appreciate the reminder that slow is better than nothing. I too, beat myself up about not meeting marketing goals. I’m starting to get to a better place with myself. I long to get back to my writing because that’s where I’m happiest, and not to get so hung up on marketing. I’ve come to realize that what I’m going through is normal. I hope you are feeling better soon, but I guess every situation is an opportunity for personal growth. Try not to forget the lesson learned. All the best, Gillian.

Two and a half years ain’t that bad. I’m still working on a novel that’s taken easily three times that (will be out by the end of this year, DV). And boy, have I learned a lot about the value of persistence!
Well done you for getting this book finished and out despite the massive hurdles you’ve been facing! Don’t forget to bask in the glow – basking is good for your health 🙂

It’s a great story! Thrilled that your readers will soon have this novel in their hands. Congratulations.

I will be swapping out the image and link I have for you on my blog today or tomorrow and moving your slot up to the top again.

It is so nice to know that I am not the only one who moves like a tortoise. <3

A lot of us put too much pressure on ourselves, but you’re so right about making progress at your own pace. It’s a tough balancing act to find the sweet spot for each story and some take longer than others. Your dedication to the craft, this blog, and also your story shows your persistence. Congratulations on the new release! It sounds like an awesome story and I pre-ordered it. Best of all luck!

Congratulations! That’s an incredible achievement considering everything you’ve had to deal with! I for one really don’t know how you got *anything* done – but then I’m a big baby and your example is reminding me that challenges are not an excuse.

Well done Jami on your accomplishments.
Remember, you can always edit. But you can’t edit what you haven’t written.

“Slow progress is better than no progress.” So true! This is my new mantra as I move along through my epic fantasy romance. I’m a slow writer and always beating myself up over my low production. But hell–it all adds up! So I’m pinning this post to the wall.
Thank you!