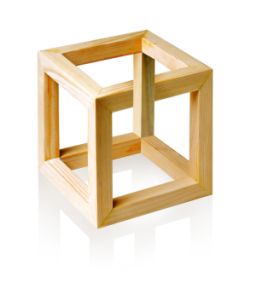 We’re going to continue talking about how to implement the list to make sure we’re creating strong characters.  Last time, we made sure that our characters had goals.  Next up…

There are plenty of ideas out there about how to make your characters seem real, but I’m going to get my geek on and talk about a specific way to do this.  A couple of weeks ago, Kristen Lamb mentioned this technique on her blog as well, but I’m going to take her idea one step further.

In role-playing games, specifically Dungeons & Dragons, players need to decide on whether or not their character is a “good guy” or a “bad guy”.  However, the breakdown is a bit more complicated than a simple white or black hat.  In the Dungeons & Dragons’ world, this label is called alignment.

[A] character’s alignment is … a way to categorize a character’s moral and ethical perspectives in relation to the greater societal framework. The Advanced Dungeons & Dragons 2nd Edition Player’s Handbook. TSR, Inc. breaks down character alignments into the following:

So that we don’t all have to head over to Kristen’s blog for the details of what those categories mean, I’ll give a brief rundown with paraphrased definitions taken from Wikipedia.  Follow the link for the full explanation.  Stick with me to the end and I’ll tell you how to use these labels.

Lawful Good: These characters act with honor and a sense of duty. They may sometimes find themselves faced with the dilemma of whether to obey law or good when the two conflict.

Neutral Good: These characters are guided by conscience without regard for or against laws. They have no problems with co-operating with lawful officials, but do not feel beholden to them.

Chaotic Good: These characters favor change for a greater good, disdain bureaucratic organizations that get in the way of social improvement, and place a high value on freedom.

Lawful Neutral: These characters believe strongly in honor, order, rules and tradition, but are primarily guided by their system of belief, not by a commitment to good or evil.

Neutral: This alignment represents Neutral on both axes and tends not to feel strongly towards any alignment.

Chaotic Neutral: These characters follow their own heart and generally shirk rules and traditions. The only reliable thing about them is how totally unreliable they are.

Lawful Evil: These characters see a well-ordered system as being easier to exploit, and while they usually obey their superiors and keep their word, they care nothing for the rights and freedoms of other individuals.

Neutral Evil: These characters are typically selfish and have no qualms about turning on their allies-of-the-moment.  They abide by laws for only as long as it is convenient for them.

Chaotic Evil: These characters have no respect for rules, other peoples’ lives, or anything but their own desires, which are typically selfish and cruel.  They enjoy the suffering of others and view honor and self-discipline as weaknesses.

Got all that?  Good.  Okay, so what do we do with that information?  First, as Kristen mentions, we figure out which alignment applies to each of our characters.  Easy, right?

Well, here’s where the trick comes in.  People—real, three-dimensional people—often have a different self-concept than what others think of them.  So we need to label our characters twice, once with their self-reported alignment and once with their objective alignment.

This technique adds depth to your characters.  Imagine what happens if your Neutral Evil villain thinks he’s really Neutral Good, or even Chaotic Good.  Here you have this guy who, in reality, is very selfish and couldn’t care less about anyone else, but in his delusional mind, he thinks he’s ignoring the law for the greater good.  Or similarly, what if your main character is Chaotic Good, but because of her shady past, she thinks she’s Chaotic Evil.

This type of disconnect between their self-image and their actions creates a deeper meaning behind everything they do.  A character won’t be following the law just because they’re Lawful Neutral.  They’ll be following the law because something compels them to be better than they think they are, edging them closer to Lawful Good.  And that all impacts how the other characters will treat them and interact with them.  Kind of like real people.

Could you implement this technique?  Or does this make sense only if you’ve been a gamer?  Have you ever created a character along these lines before?

Hey Jami, excellent post! All the time. I’ve been extensively roleplaying for years, both tabletop and online forum/journal RPing (which pretty much amounts to tag-team writing), and both of them have taught me tons about character design and development. Character development in particular can be really interesting in a large online RP, because you don’t know the characters and players who are coming in (and whom your character will be interacting with), and you don’t have the slightest clue what’s going to happen outside of set events, and 90% of the time the characters wind up taking on a mind of their own. They have to, if you want to remain IC (that’s “in character” for those uninitiated ;), instead of just channeling yourself through a fictional face. I think a lot of people also tend to underestimate the value of little details for characters – things that seem unimportant but can make or break their believability. Fashion choices, favourite movies, how they sleep, what they prefer to eat… all of those can shape the character and help show the reader what they’re like instead of telling them (which I think you mentioned in your last post! Or maybe that was one of Kristen’s…). Very important. One suggestion I would personally make is to poke around for what are known as “character memes”: questionnaires, usually either in the form of an interview or a fact sheet, that ask questions that you have to answer about your character. (A lot of…  — Read More »

Wow, thanks for the great information! Yep, I’ve seen lots of character sheets for novelists on the web, but when I first started writing, I didn’t have any of those. So I started with a WW (WhiteWolf) character sheet that I modified. I think I’ll touch on this a bit more in a future post, but I used those sheets to figure out strengths/weakness, skills, background, history, etc. Even though it was a long time ago, I really think being a paper & pencil gamer (I don’t have time anymore) helped me create characters for my stories.

I should probably also note that quite a few posts on aDDDictions are not worksafe (mostly due to language), so be careful there.

I had a long day today, so this kind of gave me head pain reading it. It’s very detailed. I’m really not much of a gamer, unless you mean *picture short Viking chic screaming from her bar stool here* “I’m game!” 😉

The line: but in his delusional mind, he thinks he’s ignoring the law for the greater good? Stuck with me. Maybe because I immediately thought of my brother in-law. And that’s when it hit me. I don’t need to create charts for my characters – they imitate the people I have to serve dinner to on holidays. Geez, maybe next book you should plan on coming down to my place for Thanks Giving dinner. Take notes, or better yet? Bring a camcorder and you’ll have all the material you need to last a lifetime. 😉

Seriously, there’s lots of good stuff here and I’ll be back tomorrow when I have more than on functioning brain cell to read it and give it the attention it deserves. You’re great, but it’s Martini time! 😀

Yep, I know. This is advanced stuff. 🙂 It’s looking simultaneously through at least 2 maybe 3 different lenses at everything every character does: 1) their own perception, 2) others’ perception, and possibly 3) the objective truth (if it’s different from 1 & 2). Now you know why my brain hurts when I try to change character goals/motivation/emotion in a scene. It affects everything else like a big domino line.

What a difference a day makes. Yes, I implement this. As a matter of fact, I usually use this external vs internal perception deal through internal vs external dialogue to highlight the contrast to the reader. Kind of cool – because the only player who see all the cards at that moment – is the reader. 😉
M.

Great post! I love the idea of doing this, and though I have little experience with DD, what a neat angle to come at it with. I will certainly have to add this idea of alignment to my character sheets to intentionally think about it rather than it accidentally happening (I have a particular chaos goddess who’s character sheet would have made SO much more sense with this idea of alignment).

Great! I hope this helps! And a chaos goddess? That sounds *very* intriguing… 🙂

[…] to create strong characters.  So far, we’ve ensured they had goals and analyzed how their self-image differs from reality.  And related to that contrast we talked about last […]

[…] of how to create strong characters.  So far, we’ve ensured they had goals and contrasted their self-image and persona.  Next […]

[…] the big series on creating strong characters?  To feel realistic, characters need to have goals, a delusional self-image, multiple personalities, flaws, and a reason for their actions.  Hmm…  All that makes them […]

[…] the end of the checklist for creating strong characters.  We’ve given our characters goals, delusions, lies, and flaws.  Only one thing left could go […]

I have absolutely ZERO experience with the gaming world , but this post makes more sense that many of the other site that I have visited searching for help with character development. I had recently read that Villains are Hero’s in their own mind, and with your idea of how they are perceived as opposed to how they perceive themselves, it just clicks!
Well done!

Exactly! I’m glad I could help. 🙂 Thanks for the comment!