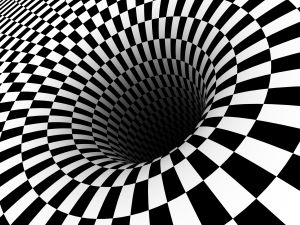 Congratulations!  We made it to the end of the checklist for creating strong characters.  We’ve given our characters goals, delusions, lies, and flaws.  Only one thing left could go wrong…

Do They Die Before the End of the Story?

The flowchart specified that a character had to survive to the third act.  Why the third act?  Well, any character who dies in the beginning or middle of the story hasn’t been around long enough to become fully three-dimensional.  They haven’t had a chance to be important to the plot for themselves. In fact, characters who die in the first or second act usually represent an idea—the idea of inciting the main characters to action.  (I wasn’t going to fight the big bad evil dude, but now that he’s killed poor defenseless granny, he’s going down.)

By the third act, we’ve gotten to know the characters.  We now care about them, see their strengths and flaws, and realize their importance to the plot.  And that brings me to my point: Can a character be strong if they don’t survive the story?

When I first wrote the lessons from the flowchart for how to create strong characters, I specified that the character should survive to the end.  Why?  Well, for one thing, I was simplifying things.  Secondly, I was referring to protagonists (we often expect antagonists to die before the end).  And thirdly, whether or not a character’s death would render them weak depends on a lot of variables, and writers should make sure they’ve really thought things through before deciding to kill off someone.  In other words, survival should be the default for strong characters.

We’re not going to talk about horror movies here because they’re rife with stereotype characters and almost everyone dies at some point for the idea of scaring the audience.  Instead, let’s talk about other genres and the main reason why a character dying in the third act would be okay.

Well, what happens in the third act?  The big showdown between the protagonists and antagonists.  If a character has made it this far, they’re one of the main protagonists, and if they die here—during the face-off—there’s usually some aspect of martyrdom at play.  Is that bad?  Maybe, maybe not.

It goes back to everything we’ve been talking about for the past few posts.  If the character exists only to represent the idea of a martyr, they’re not a strong character whether they survive or not.  If their actions don’t fit with their personality (i.e. all that self-image and flaws stuff from previous posts), they’ll end up as the token martyr.

However, if—and these are big ifs—a character dies in the third act because their actions fulfill their beliefs, if it fits with their character arc and rounds out their story, and if it’s meaningful to the plot beyond merely instigating some other character to do something important, then their death would represent something: who they are as a person.  And that’s much better than representing some mere idea.  A death that shows them as being strong in their beliefs makes them a strong character.

I have a character that dies in the third act in one of my stories.  He’s still a strong character because his death shows everything that’s right and good about him.  In order to let him live his life his way, I had to let him die.  And that’s the right way to kill off a character.

Do any of your characters die before the end of the story?  Why did you make that choice?  How did you make sure they weren’t the token martyr?

Gee, I had to think about this one because it’s been a while since I killed anyone in fiction…well, I mean, that I actually wrote down on paper – that is (there’s been plenty of daydreaming going on) but that’s another story. 😉

I’m thinking that a character should die in character. This way, they remain true to the person they were with substance right to the end.

Yes, exactly! I like how you put it in Twitter – Let them die the way they lived. Perfect! 🙂

I kill off the main character about 25k into my WIP, basically he keeps the story alive during his time, but after his death I switch to his son and his new wife as the main charcters to keep things going until the end.
Even though the MC’s death is necessary for the flow of the whole story I was wondering if this will work in the long run.

Will readers be offended that I killed their favorite character so early, even thow the reason becomes apparent in the next chapter?

BTW How do I get my pic into my comments?

Interesting approach. Whether it works for the reader might depend on how connected they feel to the new main characters. If readers feel connected to the son and his wife, then the first part might almost feel like an extended prologue after all is said and done. Good luck with it!

As far as pictures with your comments, get an account at gravatar.com and upload a picture connected to the email address for leaving comments on blogs. Most blogs on WordPress connect to Gravatar. I’ve been meaning to do a blog post about it, so thanks for the reminder. 🙂

[…] characters need to have goals, a delusional self-image, multiple personalities, flaws, and a reason for their actions.  Hmm…  All that makes them sound a touch crazy, doesn’t it?  (Not as crazy as I am, […]