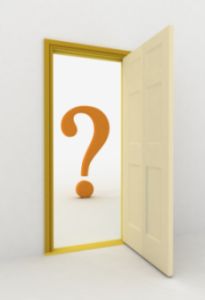 We’re working our way through the list of how to create strong characters.  So far, we’ve ensured they had goals and analyzed how their self-image differs from reality.  And related to that contrast we talked about last time…

Do They Merely Represent an Idea?

Characters are often most cardboard-like when they exist only for some superficial purpose: making the protagonist look good or the villain look bad, beating the reader over the head with the theme of the story, giving the author a chance to preach to their readers, etc.  The worst is when this shows up in a main character.

So how do we avoid these paint-by-the-numbers characters?  By creating even more contrast in the character’s life.

Yep, I’ll admit it.  I like contrasting things.  Anyone who scrutinizes my writing style would figure this out about me.  If it weren’t for my critique partner training me otherwise, almost every one of my sentences would have a “but” or “however” for the point and counterpoint.

This time, we’re talking about the kind of contrast that people create in themselves—on purpose.  Real people have many facets to their personality.  The persona a soccer mom portrays on the sidelines is different from the one she uses in contract negotiations, or with her parents, or in the bedroom, etc.  Virtually everyone wears a mask as they deal with various groups.

Our characters should have these multiple layers to their personalities too.  Yes, that’s right.  I’m advocating for everyone to join me in my multiple personality issues.  Bwhahahaha.  *ahem*  Sorry.  But it’s true.

We can then use these different facets to reveal a character’s motivation.  What is it about their nature they’re trying to hide from the world?  And why do they use that mask?  Does the mask change depending on who they’re interacting with or does it stay the same?  Are they honest with themselves, or do they have a mask for their internal thoughts too?

Maybe that Mary Sue character isn’t there just to be the perfect love interest for James Bond.  Maybe she’s only pretending to be a Thrill-seeker.  Inside, she’s a Loner who uses her crazy lifestyle to push people away.

With motivation, characters become more than a cardboard fulfillment of some plot need.  They become living entities who will tell us what they’re doing and why.  And as long as we listen to them, they will grow into full-blown characters, beyond whatever purpose we’d originally envisioned.

Do your characters have masks they show to each other?  Do your characters let your reader see their true self during internal monologue?  Was it hard to find their real personality because it was buried so deep?

I luuuuve this post! It’s SO right up my alley.

Okay, as far as the mask idea goes? I get it, but I’m inclined to think that a person or character has to know that it’s present. After all, they’re the ones that created it, right? What I like to do, through internal monologue, is have a character gain core insight by the contrary reactions they get when they present this mask to a particular person. That’s where things get interesting because it introduces the unexpected to the character the reader is trying to understand and figure out. It also gives you a safe way, as the author/creator, to convey to the reader: Hey, keep in mind guys (as you read this) this character is still growing or in need of growth. H/she is not perfect, nor do they know everything about themselves – so they might make mistakes along the journey they’re on.

Geez, Jami, what a great topic! You’re so smart!

I think a character would usually know the mask is present, but not always. Think about the type of person who doesn’t say no to anyone (the Martyr archetype). They might think that is just who they are. But they might not realize what it is about themselves deeperin their personality that makes them act that way. Are they a Masochist, Penitent, Poltroon, etc. on the inside?

So much of psychology, psychoanalysis, and counseling is about getting people to recognize these things about themselves that are so deep or have been covered up for so long that they don’t even realize what lies at the base. (Yeah, sorry, I almost minored in psychology, can you tell? 🙂 ) Sometimes this lying to themselves will show up as unreliable narrator type things.

But I love what you mentioned about all the things that can be revealed to the reader about the character through their internal monologue. Yes, all stories are about change and with characters, that means they’re growing through their story arc. The reader can see their masks change or be taken off as the story progresses. Thanks for the great comment!

Okay, this would have helped me last year and I’m bummed that I’m just now finding you. It was a long road to find out how to mask my characters. They were flat and in your face. They had no layers and weren’t very fun for others to read or understand. But, I knew it all. I would question my crit partners? “What do you mean she’s flat? I think she’s kick-$#@.”

And she was, I just wasn’t getting out of my head and on the paper. That was the first learning curve for me. Then I learned about the internal dialogue and portraying them the way that they needed to be seen–not letting them sit in my head as perfect little heroines and heroes.

Anyhow, great post, and keep on coming with the awesome information. You’re helping others make their writing better!

Well, I wasn’t doing this blog last year, so blame me. LOL!

Yep, I like subtext with my writing. Make the reader have to puzzle things out. I think that makes the reader more involved in the story. I’m not perfect at any of this either because I struggle with having too much as subtext and not enough spelled out. Oh well. 🙂

Glad I could help!

[…] strong characters.  So far, we’ve ensured they had goals and contrasted their self-image and persona.  Next […]

How Do You Decide on Your Author Brand? – Part One | Jami Gold, Paranormal Author

[…] made of multiple facets—spouse/ parent/sibling/child/boss/employee/friend/customer.  Like the characters in books, we wear masks, showing only parts of our personality.  We act differently at work than at home, […]

This blog post was brilliant! I never was able to put what you said to words. But thanks for posting this. I now feel that I can infact cast my protagonist more appropriately. Thanks for the resource of the templates as well. Now, how do I thank Dark Quaker as well. *runs over to website*

Thanks! When I get a chance, I’ll be combining this whole series into one PDF.

[…] should fall in love not because the plot needs them to, but because the other character sees behind the mask they present to the world and accepts them/loves them back for who […]

[…] strong characters?  To feel realistic, characters need to have goals, a delusional self-image, multiple personalities, flaws, and a reason for their actions.  Hmm…  All that makes them sound a touch crazy, […]

How to Get Our Thoughts onto the Page | Jami Gold, Paranormal Author

[…] the checklist for creating strong characters.  We’ve given our characters goals, delusions, lies, and flaws.  Only one thing left could go […]