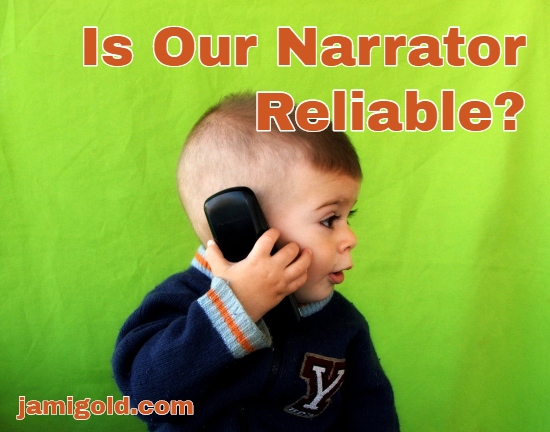 This past weekend, I saw the movie Birds of Prey, the DC comics’ Harley Quinn movie produced by star Margot Robbie. Much has been made in various movie industry news and hot takes of whether the movie is “bombing” or not.

Many of the poor reviews are from male reviewers, and compared to similar sales figures and budgets for other movies, Birds of Prey‘s results are being presented and interpreted differently. In other words, sexism might be playing a role. *cough*

Personally, I thoroughly enjoyed the movie. But one (male) member of our viewing group didn’t like the movie initially, calling it too ridiculously unrealistic. To be fair, some scenes are absurd, but they’re intentionally absurd.

As another (male) member of our group pointed out, Harley’s an unreliable narrator, and lighting and filming styles throughout were cues to when the movie was purposely more unrealistic due to her narrative choices (and Harley’s character is famously mentally unstable). With that new understanding, the original member came around to our perspective and now wants to see the movie again to pick up on what he’d missed. *grin*

What Is an Unreliable Narrator?

What's an unreliable narrator and what can they do for our story? Click To TweetFor example, in a first-person POV, the protagonist/viewpoint character tells the story themselves. Just as we often try to present the best version of ourselves to others, our first-person narrator might present the story in a biased way, exaggerating the faults of others while minimizing their own flaws.

What Makes a Narrator Unreliable vs. Just Human?

As alluded to above, we’re all a bit unreliable in how we define our own life and experiences in our mind. That’s simply human nature.

Some of us are harder on ourselves that the facts warrant. Others outright lie or intentionally deceive. And most of us simply see events through our own lenses of biases and perspectives.

Some stories even play with this effect, repeating the same story events from multiple characters’ POV, most famously in the movie Rashomon. But an unreliable narrator takes a character’s usual subjectivity a step further than simply sharing their basic POV.

What Can an Unreliable Narrator Do for Our Story?

Why might we want to include an unreliable narrator? Let’s take a look at what they might be able to do for our story (depending on our story’s specifics).

An unreliable narrator can potentially…:

The bullet points above that might apply to our story often depends on the type of unreliable narrator we develop:

How Can We Create an Unreliable Narrator?

As with many things writing, there’s more than one way to accomplish the goal of creating an unreliable narrator. As mentioned above, there’s a spectrum of unreliability.

So the first step in creating an unreliable character is deciding on the type of unreliable narrator they are. What makes them unreliable? Or in what way are they unreliable?

From there, some of the approaches we can try include:

Whatever approach we choose, we need to bake the character’s unreliability into the story from the beginning. We can’t just change our mind halfway through our draft and expect everything to hang together. *smile*

For example, I’ll share a few (non-spoilery) details from the Harley Quinn character. The Birds of Prey movie is obviously her POV, complete with her voiceover and onscreen animations. But also just as obviously, she’s struggling with how to tell the story, as she frequently interrupts herself and breaks chronology.

What are the risks of using an unreliable narrator? Click To TweetHowever, the clues that she’s an unreliable narrator go beyond the easy reveals of her mental instability. In an early scene, she witnesses an explosion at a chemical plant. When she’s on the scene, the explosion is very “pretty”—neon-colored lighting and fireworks—but when she’s not on the scene, the plant is just engulfed in a normal, large fire.

Similar mismatch-style hints continue throughout the movie, as bright neon colors and lighting decorate most of the movie’s fantastical elements and scenes. That lets the audience know when they’re deep into Harley’s view of events and should just enjoy the spectacle of her mind without questioning the realism too much. *grin*

What Are the Pros and Cons of Using an Unreliable Narrator?

However, we also have to watch out for certain problems that can crop up with the use of unreliable narrators.

Issues to watch out for include:

In fiction writing, we often talk about how to make a character more likable or sympathetic. As readers, we often want to connect to the protagonist of a story.

The existence of unreliable narrators undermines both of those usual assumptions. Not surprisingly, it can be difficult to pull off an unreliable narrator well. But as with all things writing, any writing “rule” can be broken if we know the rules well and thus know best how to break them. *smile*

I like The False Prince series, by… Jennifer Nielsen? I really like the unreliable narrator in book 1 (though I guessed the truth, anyway), but I didn’t like it in books 2 & 3. (Liked the character, not the unreliable narration.) Because of the mismatch, I spent some time thinking about why. I finally decided it was because in book 1, we don’t really KNOW the character (we’re missing some vital information, for a good reason), so the reveal comes as “ta da!” By the last two books, we know his big secrets, and hiding his little secrets and his plans & strategies from us just feels like a trick. There’s no good reason he COULDN’T tell us, unlike book 1. I would have rather been in on the secret as a reader, even as he hid things from the other characters. Then I could have cheered him on, and the tension would have been higher while I waited for the surprises to hit the fan.

Oh, that’s a fantastic example! I just read that book about a month ago (the first one), so I know just what you’re talking about.

I really enjoyed the first book and the unreliable narrator mostly worked for me there. I haven’t read the other books in the series yet, but they seemed like they were structured with a similar “conceit” (which is partially why they haven’t been high on my TBR pile). As you said, the following books don’t have the reason to keep secrets, so it feels like a cheat for them to do so. Thanks so much for sharing!

Thanks Jami, fantastic post.
I have written a slightly unreliable narrator who explains as he goes, that he and his friend invent codes to use between them, when with other people or not wanting to be overhead / hacked. By the end of the story the reader is able to make complete sense of the slightly confusing early scenes. I agree that readers need to like the character to support him/her in doing this.

Oh, I love unreliable narrators! They’re so fun to write and read about. One book that sticks out to me is Gone Girl by Gillian Flynn. Both Amy and Nick are unreliable narrators, but I won’t spoil the plot, lol. It’s good that you made the distinction between unreliable narrators and narrators who are just humanly biased. I did not like either Nick or Amy, but I disliked them for their actions, not for their unreliable narration. About characters being a turn-off to the reader because of their lies, I think it also depends on the character’s motives for lying or hiding. If they are simply ignorant and unaware of what is really happening (like the 5-year-old boy in Room by Emma Donoghue, or Forrest Gump), then it’s not too hard for me to like them regardless. If they were lying because they’re too afraid to face the horrors of their reality (e.g. a character keeps denying that their sibling is dead, by making up stories and trying to convince the reader that their sibling is still alive), then I will probably sympathize with them, too. However, if the character portrayed themselves as a “good, decent, honorable” person, only to admit later on that they did something nasty, e.g. they are having an extramarital affair, then I will probably hate them. If they were honest from the beginning about what they did, I may still hate them, but maybe with a lesser intensity. (I also just really detest infidelity.)

Bookmarking this post. I’ve read books with unreliable narrators and loved them. It’s a method worth exploring in my own writing. Thanks!