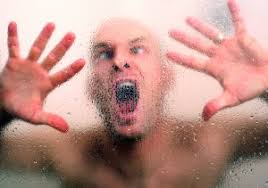 We get to do all that—without being committed.  (Why do I have a jingle playing in my head?  *Wouldn’t you like to be a writer too?*)

In fact, the more in-tune they are with their imaginary-friends-slash-characters, the better job writers do at making the world of their story believable for the reader.  It’s true.  And I don’t think that’s just wishful thinking on my part.  After all, how can a writer make a reader believe in a character, setting, or situation, if they don’t believe it themselves?

If I can’t figure out where to take a scene, it’s because I’m not listening to my characters.  Just as much as actors have “method acting”, becoming the character they’re playing, writers do the same thing.  And when I listen to my characters, I discover things about the story that I’d never think of on my own.  For one, they’re much funnier than I am.  And sarcastic.  And noble.  And generous.

Don’t those sound like the kind of people you’d like to have as friends?  So forgive me if I sound like a crazy person when I talk about how I know that so-and-so would never do such a thing because they told me.  When I listen to those voices in my head, I’m just trying to be a better writer.

Visit Kristen Lamb’s blog for more Top 10 Reasons to Become a Writer, as she gave me the idea for this post.  Thanks, Kristen!

Have you ever read a book and felt like the characters were your friends?  Which book?  What characters?

Yes, I believe in the dictionary under “insane” it says, “See Writers.” face it, it is NOT normal to sit in a room by yourself and write 100,000 words. Just sayin’.

Glad I could inspire you. I know that I used to work on dialogue during my morning walks. I would “talk out” the dialogue…yeah, got a few stares.

Great post! I’m a writer and as for being insane? Why, I’m the sanest I know. 😀

Yep, inspiration can hit us anywhere. While driving, while showering (I need a water-proof voice recorder for those times), whenever. Compared to some circumstances, working out dialogue while walking sounds downright normal. 🙂

Laura (on edittorrent) is going to the conference and suggested we should all meet up. Awesome!

Yep, I emailed her. Thanks!

Hey Jami! *peers closely at Murphy Yep it is HER waves madly

I love the blog set up matching your business cards!

And Jami? I don’t know what you meant by the #andwewonderwhyMdoesnotwantontwitter *blinks innocently* think of all the fun she’s missing! 😉

It’s so good to see you. Yes, please, join us in embracing the insanity of being a writer. Just a couple of weeks ago, I almost started talking about how it was so-and-so’s (a character of mine) birthday, and how I wondered what he was doing to celebrate. Luckily I caught myself in time. LOL!

And I don’t know if Murphy could limit herself to 140 characters to hang out on Twitter. *blinks even more innocently*

Is Your Muse a Perv? | Jami Gold, Paranormal Author

[…] And she’s absolutely right.  I’ve gotten ideas during all of those activities.  While normal people might plan their day during a shower, writers are planning how their antagonist can commit the perfect murder.  It’s true.  Writers are insane and I’ve got a blog post to prove it. […]

[…] personality disorder because it’s not contagious.  Now, can they start off that way?  That’s an entirely different question. […]

I love talking to my characters too!

But only two characters have permanent residence in my head. I call them my best friends and they help me on their stories. I ask them about what they like, dislike, etc. If I suggest something outrageous in my story, they will scream at me and say, “Don’t you dare do this. Get that idea out. Now.”

They really are our helpful little friends, aren’t they?

Wow, it sounds like you have two muses. Bonus. 🙂 I think my muse would be too jealous to allow that. LOL! Thanks for the comment!

[…] personalities too.  Yes, that’s right.  I’m advocating for everyone to join me in my multiple personality issues.  Bwhahahaha.  *ahem*  Sorry.  But it’s […]

Oh, this a million times over. I love talking to my characters, and I admit I have way too many characters hanging around. Sometimes I feel like my head is Grand Central Station, with characters coming and going. But oh well…

LOL! Yep, I know that Grand Central Station feeling. I suppose that’s better than no ideas though. 🙂 Thanks for the comment!