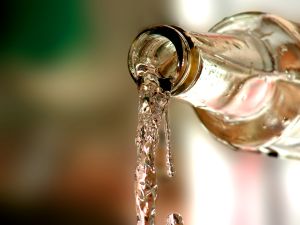 Info dump?  Infamous?  You better believe it.  The most egregious offender even has a name: the “As you know, Bob.”  Imagine dialogue along the lines of, “As you know, Bob, Jane is our sister.” *cringe*

Does anyone actually speak like that?  Would you ever tell someone something they already know?  Nope.  (Unless you’re reminding your spouse that the garbage still needs to be taken out, that is.)  The sole reason for that dialogue is to share information with the reader.  In other words, an info dump.  And just because plenty of info dumps are less obvious, it doesn’t mean they’re less problematic.

In a continuation from my other posts on driving scenes and description scenes, I’m adding info dumps to my list of things to avoid when you’re trying to “skip to the good parts.”  If a passage isn’t moving the plot along, developing a character, adding tension, or engaging the reader—it shouldn’t be there.

Yes, even if it gives the reader vital information.

But—But… Then fix it.

How to Fix an Info Dump Passage

The same things I mentioned above for what would make a passage “work” are the same things to add when you can’t delete or tighten an info dump any more.

There are many times when a reader must be informed of details.  In science fiction, fantasy, and paranormal stories, this is known as world-building.  The reader won’t know the rules of the world (do they have transporters?, does magic exist?, what abilities do these vampires have?) without being shown or told.  Obviously, it’s better to show if you can.  But it’s not always possible to do that in a smooth, natural way.

In the fish-out-of-water type plots, the main character is just as lost as the reader.  Frequently, a mentor of some kind will show them (and the reader) the ropes.  In one of my manuscripts, I have an entire chapter that’s essentially this type of info dump.  I struggled with how to make this chapter work until I used my own advice.  Now I use all of those techniques at some point in the chapter to keep the plot moving and the tension high.  I might not have it completely fixed yet, but there’s no question it’s much improved.

When do you struggle with info dumps?  What have you done to fix them?

You ask:
When do you struggle with info dumps? What have you done to fix them?

When? At the beginning.

How did I fix them? I rewrote the whole freaking thing! I think paying close attention to dialogue breaks is a biggie with this one, too.

LOL to rewriting the whole thing. 🙂 Yep, that can help too.

In my case, I just had a ton of information to share with the MC (and the reader) and dialogue alone wasn’t doing the trick. I actually ran into the opposite problem of too much dialogue. The mentor’s lessons started becoming like the Charlie Brown teacher (Mwa-bah-buh-buh-bah-buh). I fixed it by (among other things) breaking up the lecture with the MC’s internal monologue. But maybe that’s what you meant by dialogue “breaks”. 🙂

[…] time, I explained how to avoid dumping information into stories and how dialogue is often used incorrectly to convey details to readers—the […]

Thanks for the great advice. Info dumps can be tricky because sometimes the reader needs the information so the story makes sense. Your advice is helpful in making the dump seem more like part of the story and not just background information. I’ll admit – if I’m reading a book that has large chunks information only paragraphs, I sometimes skip them. :-/

I struggle with info dumps in my early chapters when I’m introducing characters. Realizing it’s an infodump is half the battle, though. I try to fix them whenever I notice them. I will definitely be using your tips!

Glad I could help! Yes, especially in the beginning chapters, I focus on forcing myself to just get on with the scene itself and work on integrating the backstory a few words or a single sentence at a time.

I think it’s important to remember that it’s okay if your readers have questions. As long as they’re not just plain confused, readers will continue reading if the questions keep them interested in the story.

How to Create a Strong Character: Give Them Goals | Jami Gold, Paranormal Author

[…] goal and motivation for every character, major and minor.  Let them argue if need be.  My post How to Fix the Infamous Info Dump talked about how showing conflict between characters can help fix info dump passages.  As the […]

This is useful! I was just struggling with exposition just the other day.

[…] build worlds for my stories. But short of saying, “Let it grow organically” and “Don’t info dump,” I didn’t think I had much advice to […]