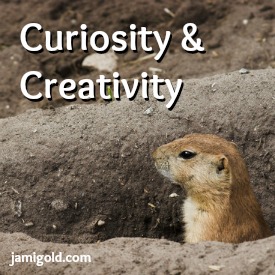 I’ve mentioned before that I find brain science fascinating. From the time I was a young child, I wondered if I saw the color green the same way others did or if we all see colors a little (or a lot) differently. Or what about tastes or smells?

The more I’ve learned about the variety of human perception, the more I realize my bizarre musings as a child weren’t far off. *grin* We often take for granted that others process and perceive things the same way we do, but that’s not the case at all.

We’ve explored here how our ability to imagine and process senses varies. I’m face-blind, for example. Others can’t visualize at all. Some people don’t experience pain. And the variety goes on and on.

What does that mean for authors? After all, we need the left brain for language and the right brain for creativity. Er, before we get ahead of ourselves, let’s dig deeper into this brain science… *smile*

Which Brain Is Dominant? Or Does It Not Matter?

A common belief expresses the idea that we’re all left- or right-brain dominant. That is, popular thinking holds to the idea that one side of our brain is “stronger” and therefore affects our personality.

However, that idea is a myth:

Don’t tell all those right-brain vs. left-brain tests that the dominance idea is a myth, but the research doesn’t support that some of us have more-connected right brains or more-connected left brains. Sure, some of us might be more logically oriented or creatively oriented, but that has nothing to do with one side of our brain being stronger than the other.

(Personally, every time I’ve taken one of those tests, I’ve come out “balanced” between left and right brains. That’s the only time anyone would call my brain well-balanced. *snicker*)

The research instead says that it’s the connections throughout the brain that matter. Although some functions seem to be primarily focused in one region or another (such as language), many of the typical examples given for that dominance myth are actually processed far more equally across our brain hemispheres than thought.

Creativity, for example, is such a broad idea for our brain to process that it’s not limited to our right brain. Rather, both sides of our brain light up for creative exercises. Logic and reasoning are similarly too broad to say that they’re primarily a left-brain function.

Ignore the “Brain” and Develop Ourselves

Don’t worry. This brain-equality idea is good news for us as writers. If we thought one hemisphere was dominant, we wouldn’t have the ability to gain a better balance. After all, we can’t think our way to developing more neurons in our brain and making our hemispheres more even. *smile*

An interesting article about Leonardo da Vinci brought up the unique way he experienced the world. He was a master of both science and art, a perfect balance of the mythical left and right brain, and a great example of how creativity isn’t limited to artistic ways of thinking.

His scientific achievements were just as groundbreaking as his art. Coming up with new ways to examine a scientific idea is also a form of creativity. Either way, the key is curiosity.

Curiosity leads to questions inspiring further exploration and new thoughts, such as new scientific theories—or new story ideas. Curiosity also requires us to imagine possibilities and yet keep an open mind at the same time.

That type of dual-thinking is necessary for creativity. As we know from writing, creativity often requires us to hold two ideas or perspectives in our head at the same time:

Many times, the writing processes that will work best for us are those that help us find the best balance between opposing ideas:

Interestingly though, the better we get at holding multiple perspectives at once, the better we might be at consciously listening to our muse or subconscious. We might better hear the subtle prods from our non-verbal brain, telling us something we’re curious about, such as when we have ideas, “What If…” questions, or issues we want to explore.

I believe we are all creative, but some of us have better learned to tune our hearing to listen for those musings of our brain. And yes, this is something we can learn.

Years ago, I heard the advice for how to come up with endless blog post ideas. Simply put, the tip was to write down every idea in a centralized list (such as on OneNote or Evernote that can be accessed from anywhere). The more we write down those thoughts—telling our brain that we’re paying attention—the more we’re training ourselves to consciously listen for those ideas.

This single tip has worked for my blog here for years. I listen constantly for ideas from my readers, and I have a list to fall back on with fragments of thoughts, links to articles that might trigger related ideas, etc.

On a basic level, developing our creativity might be as simple as paying enough attention to our fleeting ideas to write them down and then developing those ideas into something we can share. If we’re curious, we can be creative—and curiosity isn’t limited to just or right or left brain. *smile*

“Creativity is a combination of courage and inventiveness.
One without the other would be useless.”
— Leonard Shlain

Have you heard of the right-brain vs. left-brain belief? Have you ever taken one of those tests (and if so, what were the results)? Did you know that neuroscientists consider that belief a myth? Do you struggle with creativity? Do you have other tips for how to encourage creative ideas?

In my college psychology class, another student was presenting a project on left-brain/right-brain dominance and asked for a volunteer. I offered to participate, and he ran a series of questions to show which hemisphere of my brain was more active. Turned out that I was equally balanced. So much for his demonstration! Lol.

I’ve heard this left-brain/right-brain theory used as a cop-out, quite honestly, for developing skills we’re uncomfortable with. “I’m just not left-brained!” But to be quality writers, we do need to develop our organization and creativity! A creative story with no structure is a meandering mess, and a structured story with no imagination is dull. We have to figure out our weakness and push ourselves to get better.

Greetings,
This is interesting stuff.
I have never had a left/right brain test. But I have taken personality tests (Personality Plus) and behavior tests (DisC).
I wonder if the material for personality/behavior might help to flesh out characters for a book? That was my theory anyway. An introspective dude, for example, may never have the courage to talk to the girl he loves until circumstances change and he becomes bold. That kind of thing.
But quite frankly, I have no idea if adding personality and behavior notes to my character list will be helpful.
It is interesting stuff.
Stay Well,
Donovan Quesenberry

Some people gravitate to more of the logical things in life, like math and business. However, why they do so could have its roots in the way they feel, which, obviously, is emotional.

Albeit, I really do think more with the right side of my brain but it is because I had a stroke that damages a part of the left side. I do not think it makes all that much difference though because I have always gravitated to the creative aspects of life anyway.

Interesting. I don’t think I’ve taken one of those tests.

Lol, yeah, honestly I see the “left brain” and “right brain” thing as about abstract concepts rather than about the actual brain. So “left brain” to me, is just a social symbol of a broad cluster of traits, including being logical and verbal. When I do those tests for fun, though, I tend to be more “right brain dominant.” Maybe I’m too much of a spontaneous pantser, haha. And logic? What logic? XDD But I am highly verbal at the same time. So yeah, I just see the left/right brain stuff as a fancy type of personality test.

Interesting! I never thought of your list of things writers need to do as balancing opposites! I just took it for granted that we had to do these tasks in order to write, haha. Hmmm I guess I’m good at listening to my brain’s musings? Because I don’t get writer’s block anymore. 🙂 My characters’ dialogues, actions, etc. just flow out automatically when I write. I used to only be able to pants for immediate, blow-by-blow dialogue and action. But now I can easily pants for events that happen further apart too. I think this is about the practice makes perfect principle. 🙂 Writing that crazy eleven-book-long (each book is around 300 pages) Chinese story forced my pantsing abilities to develop rapidly, haha.