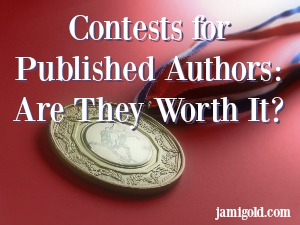 So… Remember how I mentioned last week that my book Treasured Claim was a double finalist in two contests? Let’s add two more finals to that list. *boggles*

I received a call—an actual phone call!—from…someone? (I was too flabbergasted to catch the name) with RWA‘s huge Fantasy, Futuristic, and Paranormal chapter (also known fondly as FF&P). She told me—along with some other things that promptly fell out of my overwhelmed brain—that Treasured Claim is a double finalist in the Fantasy and Best First Book categories of their prestigious Prism Awards.

Wow! That’s six finals for my debut in three contests! In just the past week! (Not to mention Ironclad Devotion‘s final last week too.)

I guess Elaina, my dragon-shifter heroine, and Alex, my modern knight-in-shining-armor hero, are connecting with judges. *grin*

Those characters changed my life, and whether I win or not, I’ll always be grateful for the doors this story opened for me in my writing, my voice, my series, and my career:

So today seems like a good time to touch upon the contest arena for published books. *smile*

How Contest Goals Differ over Our Career

Starting with Contests for Unpublished Writers

In that old post, I shared some of the elements I took into consideration before entering unpublished contests:

In another post, I shared other issues to watch out for:

How Our Goals Might Progress over Our Unpublished Journey

Contesting as a Published Author

Once we’re published, our goals for contests will likely change again. Published-author contests are generally not set up to help writers improve their writing or find an agent or editor. Instead, contests for published authors are designed to reward writers for publishing achievements.

That forward vs. backward issue makes sense. An unpublished book isn’t set in stone, so suggestions for improvement are welcome. Published books, on the other hand, aren’t looking to make changes.

Keeping those differences in mind, let’s take a closer look at contests for published authors…

What to Watch Out for in Contests for Published Authors

Some of the same pros and cons we talked about with unpublished contests still apply, with a slightly different focus:

Rather than focusing on the final judge, we might look for a certain type of judge. Do we want our work judged by readers or authors? Librarians or an expert panel (do we know who these experts are)?

Do we want to avoid the “popularity contest” style of “judging,” where we have to convince our friends and contacts to vote for us?

My Perspective: I mostly focused on contests that were judged by readers, book bloggers, and librarians. I always avoid popularity contests like the plague. *smile*

Some published-author contests include significant prizes, everything from cash to guaranteed professional reviews or other legitimate publicity, etc. Other contests offer only “exposure type” prizes.

Many published authors enter contests to provide “social proof” to potential readers that our story is worth reading. However, while a few contests are familiar to readers, the vast majority are not, so it’s hard to say how much even a win would help our sales.

My Perspective: I looked at the list of finalists from the previous year to see if big-name, traditionally published authors (or their publishers) considered the contest worthwhile. The contests I entered were often a Who’s Who for my genre.

In addition to eligibility issues, some contests don’t have differentiated categories, so some genres (which tend to be looked down upon) might not fair well with judges. Like in unpublished contests, our story isn’t likely to do well if it doesn’t match one of the contest’s categories. That said, if there are more than a dozen categories, chances are the contest is a scam (see below).

My Perspective: I looked for contests open to both traditionally published and self-published books, figuring those would have more competition (and perhaps prestige).

There are countless award scams targeting indie authors. Many contests focus on making money off our entry fees. In contrast, some contests are free to enter (but might include rights issues in the small print).

Entry can also be complicated at the published-author level, as we might need to submit a PDF or ebook file, which could easily be uploaded to pirate sites. Or we might need to mail in autographed print copies (which obviously adds to the expense).

Some contests include a rights grab, such as wanting to include our work in unpaid anthologies. Some don’t instill trust for controlling access to our ebook files. Etc., etc.

There’s no right or wrong answer. But just like with unpublished contests, if we have a better idea of our goals, we’ll know what to look out for and what contests to avoid. *smile*

As a reader, do you pay attention to any awards for published books? If so, which ones? If you’ve entered a published-author contest, what did you look for in the contest? Were you happy with your choice, and if not, why not? Can you think of any other tips to watch out for or insights into any of these contest traits?

So proud of you Jami! 🙂 And this book totally deserves it!

I am a bit jaded on these contests, but then I’m not writing fiction. We’ve only ever entered one (Writer’s Digest’s), and the feedback was laughable. I don’t know who the judge was, but they rated us 0/5 on characterization, 0/5 plot and a few other things…which makes total sense as it entered as a NF entry. Oh, and they said the ET’s cover was not bright enough and needed more happening on it because of the type of book it was. As you know, our covers are probably some of the brightest out there for writing guides, haha. So yeah, I probably should have just lit that 100 on fire and at least gotten a pyro fix or something. LOL

Oh, believe me–I’ve seen some laughably bad feedback from contests as well. (But judging NF on a fiction scoresheet might take the cake! O.o ) I don’t recommend spending the money just for feedback unless we’re struggling to get feedback any other way.

Some contests “brag” about their first-round judges all being published authors, but that’s still no guarantee of quality. (One published-author judge told me I should describe the color of the carpet–because of course the heroine would think about her carpet every morning. 😉 ) Thanks for the congrats!

I’m inclined to go for contests judged by librarians and booksellers, because they might recommend the book to others if they liked it!). There are a lot of great books out there, so even making it onto a shortlist is an achievement… (but I would say that because Please Release Me made it onto a shortlist or two *grin*).
I’m not a fan of the popularity contest type thing either. I really hate begging people to go vote.

There are so many contests out there and they all cost money. I use similar criteria to yours before deciding (Paypal being a big one). I write UK based romances, which are really novels with strong romantic elements, so I have to check the categories really carefully.

Yes! As you said, a shortlist can be an important status for a book in the never-ending pursuit of visibility.

Also, as you mentioned, there are far more contests out there than our wallet can handle, so it makes sense to be picky. 🙂 Thanks for the comment and the congrats!

Then there’s the awards that don’t judge against other books but against a list of criteria for excellence. I really like those because they look at my book on its merits, not on whether they like it better than another book that happens to be in the contest at the same time. This kind of award is good for niche market books that are out of the box enough (like mine) to never win the other kind of contest simply because they’d be lucky if the judges were their target reader.

They’re also good for an author’s confidence because if they get a BRAG Medallion or An Awesome Indies Badge of Approval, http://awesomeindies.net they know their book is good no matter how many sales they make. When it’s so hard to sell books, I think it’s important for authors to know whether it’s just their marketing that’s the problem or whether there is something wrong with their book.

Oh, thanks for sharing that insight! I haven’t looked into those contests before, so it’s good to get more details. 🙂 Thanks for stopping by!

I’ve saved this post in case I ever get a chance to enter another contest. Thanks for all the thoughts and ideas.

I entered my debut novel in two competitions, and didn’t even make it beyond the first lap. Now the book is unavailable and nobody wants it, despite a few 5* reviews. Maybe with the next one………

Thanks for the congrats! Hopefully the ideas in this post help you in the future too. 😀

Congrats on all those finalist nominations! Kudos!

[…] What to Look For in Published-Author Contest by Jami Gold. […]

Top Picks Thursday! For Readers and Writers 06-02-2016 | The Author Chronicles

[…] We all know about the pre-published author manuscript contests, but Jami Gold discusses what to look for in published-author contests. […]