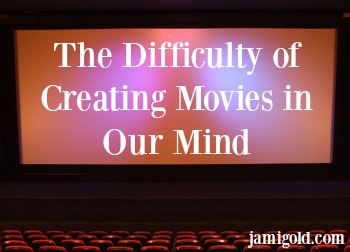 Thank you to everyone who commented on my post last time about aphantasia, or “mind blindness.” As we discovered, not everyone can create a movie in their mind when writing or reading (which, as Davonne theorized, might explain why some don’t enjoy fiction).

But even for those of us without aphantasia, as writers, we can still struggle to create a well-rounded world or characters that feel real. Or as readers, we might never feel fully immersed in a story to get the whole movie-in-our-mind effect.

Those stories that feel like we can crawl in and inhabit them are often lauded as special. Sometimes people will even talk about a setting as though it’s another character to meet and experience. How many millions of readers want to visit Hogwarts or wish they received their own invitation letter?

For me as a reader, I judge how “good” a story is by how deeply I’m immersed in that mind-movie. (I’m a genre girl because literary fiction is often more writerly and less about storytelling that can pull me under the words themselves.) As an author, I often feel like my writing is flat if it doesn’t create that sense in me (even if the issue is really that I’ve read it too many times for the words to feel fresh anymore *smile*).

So while being able to create that movie-in-the-mind experience is the goal for many of us, we don’t always succeed—aphantasia or not. Why is this so hard?

The Complexities of Real-Life Movie Production

As we’re comparing books to mental movies, I thought we could have fun by taking a look at what goes into making a real-life movie and seeing just how many roles we have to juggle as writers. *smile*

The list of positions for a film crew can be huge. Per Wikipedia (emphasis added):

“A study of the 100 top-grossing films of each year between 1994 and 2013 found that there were an average of 588 crew credits per film, however, profitable independent films have been made with crews of less than a dozen.”

Even in an independent film, the crew might still consist of:

There are far more film crew positions that we could talk about, but I wanted to highlight those because each of those functions has a place in fiction writing as well.

Authors Really Do It All

It’s not just our imagination that we have a lot to do when drafting a story. We really do do a lot because we’re wearing all the hats for those positions above. 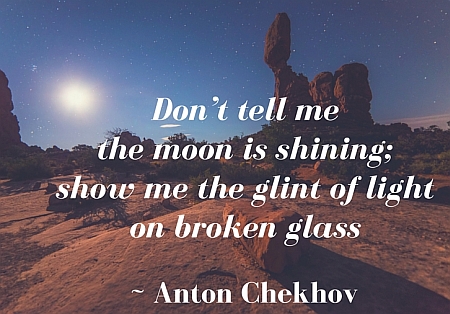 All those aspects added together can create movies in the minds of our non-aphantasiac readers, but that’s obviously a lot of juggling we have to do to make it work. So it’s no wonder that sometimes one of our “hats” might be on a bit crooked and we need beta readers and editors to help us get everything in line. *smile*

^_^ Now that you’ve got me thinking about it, I think I can see why some people only like non-fiction or ‘true’ stories. It might be easier for them to relate to things that have concrete imagery behind them as opposed to fantasy or mythology.

I most definitely judge a book by how well immersed I get in the story. There are some very popular books that I just cannot make myself sit and read. *coughGoTcough* It’s like watching a tourism ad, I get the highlights of certain things but nothing in depth about the place or people. It’s just pretty pictures of nice scenery and attractive people without any real emotion behind it.

I think for me I enjoy cinematography, directing and casting the most, though I need a better art director and set dresser. I know my stories suffer from lack of setting which can make it really hard on my readers who need to be able to visualize a place so my characters aren’t just floating in a vacuum.

I do like the idea of using Pinterest to help myself and my readers to get a clearer picture of both places and characters. Especially for those who might have a harder time being able to mentally picture things. Whatever happened to maps and illustrations in books? I always loved those.

I also tend to judge books by how much mental imagery the author induces with his/her writing skills. An inability to produce imagery in the reader makes for a book without substance and one that will quickly be forgotten.

I’m just out of my “pantsing” ways and creating a planning process which works for me. Because I’m planning more, deciding what goes where and when, your description of “Editor” clicked for me.

I have sub-plots which could be perfect…. or totally not right for this novel. I have scenes which could go here…. or maybe there… I get tied in knots, unable to make decisions. Fortunately, instead of having this trouble on a full-scale novel, I’m working it out on my scene list, which is under 10k words.

I need to spend some time thinking about the pros and cons of each choice, sketching out the direction it would take the character. This choice has more drama, but it dead-ends the direction I need to go, to keep to my premise and my MC’s GMC. When an idea doesn’t fit the current piece I’m working on, I put it in my idea folder and let go of it. Once a decision is made, I find I can keep moving until the next decision point.

I hope in the future, as I get better at this, I’ll be able to do less iterations of ideation and planning. I’d love to be able to go from my “What if…?” to a complete scene list in a month. That’s my goal.