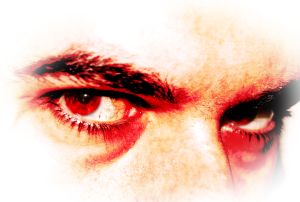 To prevent being overwhelmed by Twitter, one suggestion you’ll hear over and over is to use a program like TweetDeck to manage all those tweets by creating lists.  But did you know you can also use lists to become a Twitter Ninja?

It’s true.  But before we get into the details, let’s review lists and how they work.  Twitter lists are just a collection of Twitter IDs that you create and organize any way you want.  They could be things like “friends”, “bloggers”, “celebrities”, etc.  Lists can either be public (anyone can see them) or private (only you can see them).

Within a program like TweetDeck, you can open a column for each list to keep up with those tweets most important to you.  For those following thousands of people, columns based on lists of their bestest buds are the only way they can keep up.  Sorry to burst your bubble, but best-selling authors like Meg Cabot don’t actually read your tweets even though she’s following you along with 41,459 other people.

Got all that?  Okay, now on to the trick I learned from Keri Stevens about lists…

To Stalk or Not To Stalk, That is the Question

Interestingly, you do not have to follow a person to add them to a list.  Whether you use Twitter directly from the web or with a program like TweetDeck, you can search for someone’s User Profile and add them to a list without needing to follow them first.  Okay, cool, but let’s talk about what that means.

It may be petty and superficial, but people judge you by your ratio of Followers to Following.  If your follower number is disproportionately large and you’re not famous in some way, people might think your’re a Twitter snob.  I know I’m less likely to follow someone if I don’t think they’re going to follow back.  Similarly, if you’re following 500 people and you have only 20 followers, people might think you’re lame, or worse, a spambot.

As Kristen Lamb mentioned in her guest post, Twitter is a great way to learn from best-selling authors, agents, editors, and publishing houses.  But following all those people who won’t follow you back can seriously mess up your numbers.  How do you fix that problem?

Answer: Use Twitter Karma or a similar program to analyze your Follower/ Following numbers.  If you’re following someone for research purposes only and they’re not following you back, unfollow them and add them to a list instead.

Now here’s where you can get ninja stalker-y.  Is your list public or private?  My list is public, as I have no problem with someone seeing that I’m following them.  But let’s say you have an unhealthy obsession with Justin Bieber, and you don’t want anyone to know you’re following him.  No problem, just follow him via a private list.  No one will know you’re hanging on his every tweet—including him.  That’s right, it’s possible to follow someone and they’ll have no idea.  Told ya’ it was Ninja.

So what are the cons to following via list only?

Do you use Twitter lists?  Have you used them for these purposes?  Can you think of any other cons to following by list only?

Hm. I keep meaning to do a Twitterpurge and get rid of the marketers/promoters/life coaches. A list might be a good way to do that.

Plus, then I can list the people I check on most often, and see what they’re doing all at once.

I should get on that, shouldn’t I?

I know what you mean. I have some other lists set up to separate my friends from inspirational quotes and whatnot, but I don’t use them very often. I’m one of those obsessive types that tries to keep up with my whole tweetstream. Crazy, I know.

So yeah, you should get on that, and I should practice what I preach. 😉

How did you know about my sekrit Bieberluv????? I HID that list!

LOL! Yes, but I was trying to protect your privacy. After all, I didn’t use names. 🙂 Too bad you blew that out of the water.

Actually, I was trying to think of someone I wouldn’t follow in a million years, and considering I don’t know who he is, I figured he was a safe bet.

well so far I am bumbling around with no lists but i might be needing those pretty soon, things are getting out of hand on twitter.

Give it a try and let me know if you have any questions!

Great post. I have some much needed work to do it appears to become a Twitter Ninja. Right now I am just a twitter thug with some patched on armor held together with paperclips and chewing gum.

LOL! Yes, but the paperclips are shiny, so that helps make your armor more realistic, right?

This is really helpful. I’m off to make some lists. I put a link to this into my post about getting the best out of twitter too as it compliments what I said really well. Thanks

I appreciate the linkage! Happy to help. 🙂

I follow almost anyone back. I’m a Twitter-ho, LOL. Your numbers need to be close anyway or Twitter will limit your following. Those ratios have to be close so Twitter can ensure you are participating. It craps up my e-mail but I ask to be notified every time someone follows so I can follow this person back…provided they don’t look creepy. The larger your Twitter following the longer your electronic reach. I have one column to the left labeled “Close Friends.” Starngely (small world) you and Keri Stevens are in that list and have been for a long time. The next column is all 1876 people I am following. I watch it stream by and see if there is anything I can RT or comment on. Sometimes, if someone is repetitively interesting I might move them to the Close Friends…until they get boring an then they go back in the general column. All other columns (for me) are pretty much the writing hashtag conversations because not only are these folks my peers, they are the demographic for my book. In my book I talk about profiling your demographic. What are people in your demographic doing when they aren’t reading? For you, I would make sure you make a dsearch column for #ghosts #paranormal #spirits. People who talk about that stuff dig the kind of books you are writing. Become friends with them now so they can buy your book once it is published, :D. Okay…sorry for the tome on your…  — Read More »

Great post! I’m really new to Twitter so I haven’t gotten into the stratosphere with followers or following yet, but I didn’t know about lists so this is great info. I do have notifications when I’m being followed and always look at the person’s profile. If they’re involved in writing or books, I usually follow back. If they’re spammers or their tweets look weird, I don’t. The lists thing, though, I really like.

Yep, I have the email notifications when someone follows me too. And I look for the same things in their tweet stream you do, are they spammers or do their tweets look weird? I’ve always tried to keep up with my full following stream, but that’s getting harder to do for me now, so I’ve been having to learn about lists. 🙂

Thanks for a great post, Jami! I think I’m far too much of a novice thus far for lists yet, but thank you likewise for explaining everything in a way even a Twitter novice can understand. I look forward to future articles.

Thanks! Is there anything you have specific questions about? I could always use ideas for future blog posts. 🙂

Thanks for this terrific advice!

Geez, let me get the 140 character thing down – then I’ll tackle lists. Crapatola! Just when I think I’m making it work – there’s more work. sheesh!

[…] (If you need help getting started with Twitter, check out this by @MarianSchembari and this by @mashable, as well as my posts here, here, and here.) […]