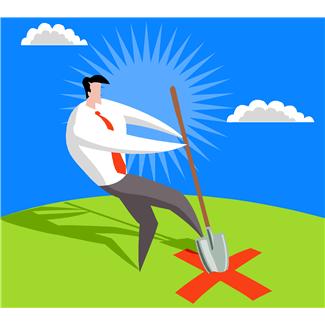 Update:  Sorry, this pitch session is now closed.  I might do another one at some point, so stay tuned. Thanks for your interest!

The Pitch Your Shorts pitch session is officially open!  Please read the whole post for all the details.

We’ll have at least six (6!) editors from Entangled Publishing visiting the blog between now and Monday, January 16th.  So if your pitch isn’t quite ready, never fear.  We have almost a week to cross our t’s and dot our i’s.

The editors are as excited by this event as we are, so they’ve upped their promise.  They guarantee they’ll make at least three requests from those who pitch here, and for the pitch that excites them the most, they’ll offer detailed feedback.

(*psst*  Truthfully, they expect to be fighting in the hallways for dibs on pitches and requesting many more than three, but that’s the minimum number.  This is more like a writing conference than a contest, and editors can request every pitch that interests them.  Woo hoo!)

Submission Guidelines (Is Your Short Fiction a Good Fit?)

Entangled Publishing is interested in stories with strong romantic elements that end in a “happily ever after” or a “happily for now.”  They’re looking for stories in the 10-60K word range and are open to many genres:

The editors are taking pitches for their Flirt (10-15K), Ever After (20-40K), and Lori Wilde’s…Indulgence (45-60K, “a smarter, hipper version of Harlequin’s lines”) imprints.  If you don’t have anything that fits now, keep an eye on their Special Calls for Submissions for various anthologies in the works.

His current interests run towards sci-fi, contemporary, and urban fantasy—the darker, the better—with a love for gritty dystopian, cyberpunk, steampunk, supernatural, and that rare cross-genre gem. He likes stories falling into that gray area of the battle between good and evil, with strong antiheros and believable villains, or heroes who face temptation and corruption and don’t always get away unscathed, though he can also be won over by quirkiness, sweetness, and humor, with a love of oddball characters and whimsy.

He’s also interested in stories that portray people of color and LGBT people as mainstream characters whose cultural, ethnic, sexual, and gender diversity are enhancements to their character rather than the primary focus of the story.

For Indulgences, she’s looking specifically for the following: reunions, BFFs, marriage of convenience, ugly duckling, [strong] woman in jeopardy, man in jeopardy, road trip, alpha nerds, high stakes adventure and suspense, forbidden love, fish out of water, and smart romantic comedy. I’d love to find a military hero where the romantic conflict rings true and is related to the challenges of being a mil-girlfriend or milspouse.

Libby would like to see submissions for adults and young adults written with a killer voice, and she especially loves quirky characters and plots. She loves sci-fi with aliens, robots, and high tech; urban fantasy and time travel; contemporary romance; women’s fiction with a strong romantic element; and suspense and mysteries. She craves humor, anti-heroes, and underdogs, and strong, capable heroines are a must.

Libby is especially interested in Flirts and Ever Afters that fit the following:

A student of philosophy, psychology, and the sciences, Lewis Pollak has an appreciation for both characters with complex motivations and stories that are thought-provoking. Find him on Twitter at @LewisPollak.

Lewis loves books that take readers to new worlds, whether they are alien landscapes, alternate histories, or contemporaries with a twist. He also enjoys books that strike a balance between serious and humorous moments. While partial to all sorts of speculative fiction from high fantasy and urban fantasy (but not Keith Urban fantasies) to science fiction and paranormal, interesting characters with genuine emotions and snappy retorts usually win him over regardless of genre.

Kerry loves the whole spectrum of speculative fiction, from hard scifi to space opera to sociological. She loves dystopian futures and alternate histories, especially when combined with a compelling voice and an unusual twist. She also enjoys urban fantasy, high fantasy, and paranormal thrillers, and gravitates toward strong female leads who are intelligent and can save themselves and fall in love. She is open to stories of love in any of its many forms and any heat level.

Josh Vogt has a passion for reading and writing speculative fiction. He’s seen all sides of the publishing industry, works as a freelance copywriter and editor, and is currently signed with a literary agent to get his novels published. He brings to the team his love for books, plus a desire to help aspiring authors in their quest for publication success. Find him on Twitter at @JRVogt.

Josh is interested in all types of fantasy and science fiction, from urban fantasy to steampunk to space opera to epic and YA fantasy. He loves stories that suck him in without warning and compel him to keep reading thanks to fascinating characters, great dialogue, twisting plots, and powerful worldbuilding.

Read more about the editing team at Entangled Publishing.

How to Pitch Your Shorts—All the Details

Before midnight Eastern time on Monday, January 16, 2012, post the information about your story, your two-sentence pitch, and the first 100 words of your story in the comments of this post.  Like so…

FIRST 100 WORDS:
Insert your first 100-ish words here.  You’re allowed to end slightly before or after 100 words to finish with a complete sentence.

(Formatting Notes: This blog uses WordPress comments, so you won’t be able to edit or delete your comment after it’s posted.  Boo, hiss, I know.  So pay attention here.)

I love conversations in the comments, but for the sake of this pitch session, I ask you to comment to this post only with a pitch.  Just this once, restrain your brilliant thoughts and help me spread the word about this pitch session instead.  *smile*

I’ll be closing the comment section at midnight Eastern time on Monday, January 16th.  Until then, good luck to everyone and Pitch Your Shorts!